Login | Sign up
Ranking the 10 Star Wars Films
By: Movie Critic Dave
Blog Categories
Movie List
With this weekend's release of the spin-off film Solo, as well as the recently announced "Boba Fett" film that will be in the works, I've decided to look back and rank all of the 10 films from the Star Wars universe. From the original trilogy, to the widely-criticized prequels, and now to the four latest entries, including Solo, the Star Wars saga has seen its share of ups-and-downs en route to becoming the most significant movie franchise over its 40+ years of existence. Here's a look back at all of the Star Wars films:
#10. The Phantom Menace (1999)

After being raised of the original Star Wars trilogy, it wasn't until my teenage years that George Lucas decided to unveil his prequels. My sheer disappointment for the trio's first installment, The Phantom Menace, can't be overstated. Lucas always said that the Star Wars was a franchise for children, but he takes that notion completely overboard with The Phantom Menace. Jar Jar Binks is a disaster of a major character and there isn't anything that can save this train wreck from being an absolute disaster. 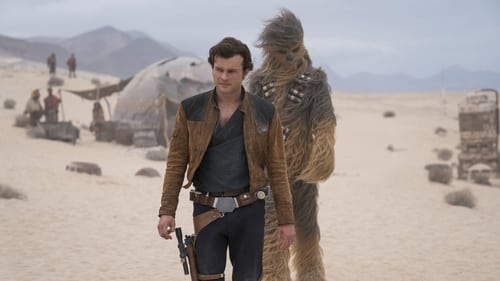 Ron Howard's latest addition to the Star Wars saga started launching red flags a long time ago. By now we're all well aware of Solo's director issues and the nightmarish rumors of an agonizing production. And while everyone involved was just desperate to reach the finish line by the time Howard replaced original co-directors, Phil Lord and Christopher Miller, I won't put too much of the film's blame at his feet. Solo's long and tedious journey throughout mediocrity is the result of thinly crafted characters, middling performances and a reliance on deep-rooted familiarity to carry the film to its lifeless finale. They could have certainly done without this spin-off.

Lucas' follow up feature Attack of the Clones is noticably better than its immediate predecessor, but the effort suffers greatly from a brutally executed romance story between Anakin and Padme. There are definitely so highlights though, such as Ewan McGregor coming into his own with the role of Obi Wan Kenobi and Yoda's lightsaber battle with Count Dooku. Attack of the Clones isn't perfect, but the film does offer a few bright moments. 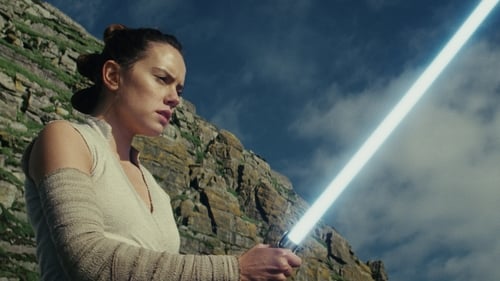 In what's easily become the most polarizing entry from the series, The Last Jedi is irrefutably a bold endeavor. Yet, while some adored its ambitious attempts at redirecting the saga, I personally felt like Rian Johnson undid a great deal of what had already been established. Most notably is the unforgivable mishandling of Luke Skywalker's character. Even actor Mark Hamill had much to say about his displeaure in Johnson's vision for the character. And on top of destroying a sacred figurehead to the franchise, The Last Jedi felt more "Disney" than any entry before it, signaling a drastic change in where these spin-offs may be heading.

The story within the prequel trilogy's final installment was what every fan of Star Wars had been waiting for, Anakin's transformation into Darth Vader. And perhaps for that reason alone, Revenge of the Sith climbs up a few pegs on the list. It wasn't anything special, yet Episode III still served as a worthy bridge to A New Hope for more than a decade. That is, until the film was outshined by the successful and dark spin-off of Rogue One.

Gareth Edwards' Rogue One opened to stunning praise, prompting Disney to double down on their future spin-off stakes. But despite all of the critical and moviegoer fanfare, I was widely torn between the film's phenomenal third act and its sluggish lead-in to the epic finale. Felicity Jones serves as a strong and capable female lead who oversees a mission to steal the plans for the Death Star which ultimately leads to Luke Skywalker's heroics in A New Hope. It's a bit of a bumpy road to get there, yet the last 45 minutes of Rogue One are relentlessly impressive and some of the best scenes in the entire Star Wars series.. 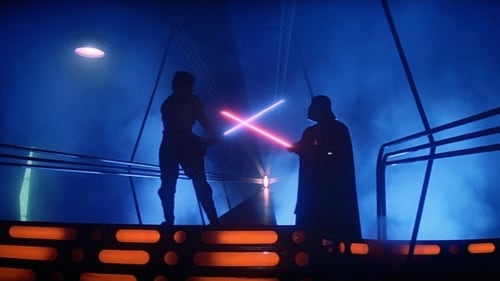 The closing chapter of George Lucas' original trilogy was released the year I was born, so in many ways I had a very strong childhood tie to Return of the Jedi. As a youngster I would watch the beginning sequence at Jabba the Hutt's palace and on his barge over and over again. It was my first taste of legitimate thrills and action and I just couldn't get enough of it. However, in retrospect, having stepped back and watch the final again many years later, Return of the Jedi beauitfully completes Lucas' story in a less in an imperfect fashion. We all agree that the Ewoks captured far too much screen time and importance than was needed, to go along with some weakly written plot points, but I'll always respect the film for neatly tying a bow on a phenomenal  first trilogy.

After a successful stint with rebooting the Star Trek franchise, co-writer and director J.J. Abrams was given the keys to the kingdom and his careful thought and consideration evolved into the widely praised Episode VII. Having had a couple of years to take a step back and reassess Abrams' film through less of a fanboy lens, and although the effort is far from perfect (as its many similarities to A New Hope have been long chronicled), the director's organic ability to rein in an aura or familiarity as well as handing the saga off to a fresh new collection of characters is remarkably impressive. Rey, Finn, Kylo Ren and BB-8 are all introduced through a well-connected and compelling new chapter in The Force Awakens. And we should all feel a little better knowing that Abrams will be back in the driver's seat to close out this new trilogy with Epidose IX in 2019.

George Lucas' groundbreaking sci-fi vision became an instant classic in 1977. What was originally titled Star Wars, and now more commonly referred to as A New Hope, went on to capture 6 Academy Awards en route to be being as one of the greatest movies of all-time. Darth Vader still remains the most iconic movie villain ever, and the trio of Luke Skywalker, Princess Leia and Han Solo helped spawn this massive cash-printing cinematic universe that continues to dominate globally more than four decades later.

Filming A New Hope almost killed George Lucas, literally. A heart attack from never-ending work days and insanely-long, uninterrupted stetches during post-production forced Lucas to turn the directing duty over to Irvin Kershner, a more polished and nuanced filmmaker. This small tweak resulted in the finest chapter in the Star Wars saga. The Empire Strikes Back combines action, comedy, romance and betrayal all while shocking audiences with one of the most prominent movie twists in the history of cinema. Darth Vader's stunning revelation is just one of the many unforgettable aspects of this cinematic achievement. Kershner also uses the effort to expand on the galaxy by showing other settings like Hoth and Bespin Cloud City, which act as a gateway to the vast new worlds that have since been introduced in the Star Wars universe. The Empire Strikes Back is not only the undisputed strongest film of the franchise, it's one of the greatest films in movie history.
Top 5 Films of 2022 (Unofficial)
Coming Soon
Dave's In-Theater /Streaming Picks
Dave's In-Theater/Streaming Skips