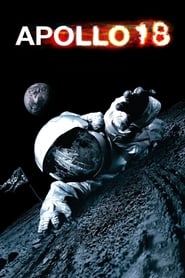 Many great horror legends have made it to space, namely Jason Voorhees (Friday the 13th) and the Leprachaun. And with the new release Apollo 18, now the raw footage genre has officially made its trip to space. Unfortunately, the result is anything but out of this world.

Apollo 18 claims to be a direct re-enactment of previously recorded footage about a classified NASA mission to the moon. The story follows three astronauts as they journey to the dark side of the moon and explains the real life reason why we have never returned there.

Similar to the likes of its predecessors The Blair Witch Project and Paranormal Activity, films like Apollo 18 gain notoriety using the unrealistic "based on a true story" tagline. The authenticity of such claims always become refuted, but the bottom line is the rumors help increase ticket sales. With Apollo 18, there is nothing in the movie to hook the audience. The first 25 minutes or so of useless improvisation and vague dialogue fails to create any sort of connection to the film's characters. Furthermore, the mystery of what's on the moon becomes evident rather quickly, but its plot is thin and dull. All of these factors culminate in the unsuccessful final product that is Apollo 18.

For any sincere fans of the horror genre, the film contains zero elements of a satisfying scary movie. Apollo 18 is, simply stated, boring and uneventful. There are no spine chilling sequences or lasting images that make this movie memorable. It's PG-13 rating should help re-enforce the idea that Apollo 18 is a sham of an absolute horror film.