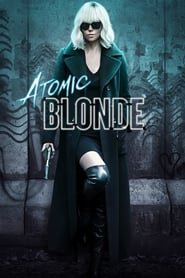 Another raved-about entry from this year's SXSW lineup finds its way into theaters nationwide this weekend. David Leitch makes his directorial debut (well, sort of ... he was an uncredited but otherwise acknowledged co-director of 2014's John Wick) with Atomic Blonde, a Cold War spy-thriller headlined by the shape-shifting talents of Academy Award Winner Charlize Theron. And what's next on tap for the budding filmmaker who possesses a knack for intensely-choreographed hand-to-hand combat sequences? Leitch has been handed the keys to the Deadpool franchise with June 2018's highly anticipated sequel.

A remarkably skilled and insanely attractive M-16 Agent from England (Theron) is thrust into the heart of Berlin during the Cold War. Her mission is to coordinate with another implanted spy (James McAvoy) in order to investigate the death of a fellow agent, and to recover a widely valuable list of double-agents. But as her plans quickly become foiled, one after another, she realizes that no one can be trusted. 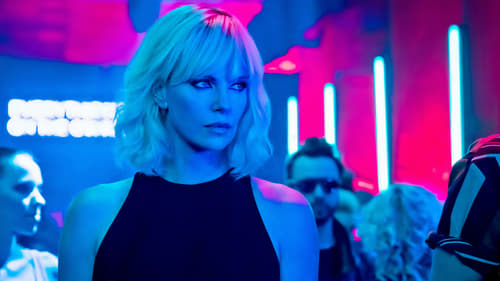 Action gets a whole lot sexier with Atomic Blonde. But for as eye-popping as the film is, on many accounts, Leitch's effort stands as a classic example of style over substance. Atomic Blonde captures its Cold War setting perfectly thanks to an infusion of 80s retro in every inch of every scene. Yet, the film's desperate desire to outsmart the smartest person in the room with a twisty third-act feels forcibly unnatural and dissatisfying. Atomic Blonde opens with an explosive bang but the excitement and effect dissipates as the story further unravels. Theron's rangy skill-set is on full display as she both looks and feels the part in a role that requires rigorous amounts of physicality. Leitch does show why he's a strong choice to take over the reins of the Deadpool franchise, with impressively stylish and uptempo direction. But as Atomic Blonde presses on to its slightly disappointing final explanation, the movie closes in a noticeably weaker fashion than it opens.