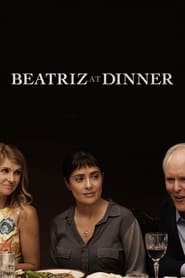 It's rare, but I went into Miguel Arteta's new drama, Beatriz at Dinner, completely blind. I hadn't seen a trailer or read a synopsis. It was the film's modest 82-minute running time and familiar favorites such as Salma Hayek and John Lithgow that were enough to draw me into the theater. Yet, this darkly-comedic Sundance selection packages together the story of an unlikely encounter with an absurdly frustrating finale that leaves Beatriz at Dinner as a remarkably forgettable film.

Beatriz (Hayek) is an illegal immigrant who happens to be an expert at holistic medicine. She lives a very simple lifestyle, but travels to the wealthy Los Angeles home of a family she's helped treat for years. And when car troubles leave her stranded at the residence just moments before an important business-related dinner party, Beatriz becomes an extra dinner guest at a table that includes billionaire real estate developer, Doug Strutt (Lithgow). The evening's events provide Beatriz with an in-depth look at how the rich and powerful view the world around them, and how different it is from her own experiences. 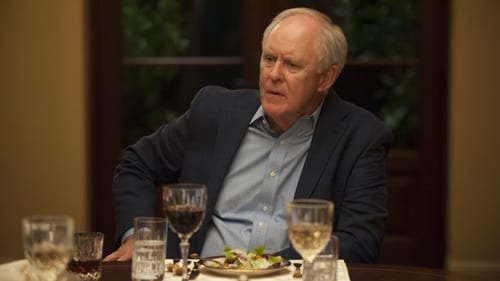 Director Miguel Arteta and screenwriter Mike White deliver a tone-deaf effort, one whose underlying sense of mystery and intrigue can only take the film so far. Eventually, Beatriz at Dinner becomes forced to show its hand, and everything spirals downward quickly from that point on. There aren't any issues with the onscreen work of this finely-assembled cast. The audience takes an unfamiliar journey into the life of Beatriz, an extremely unique character which Hayek engulfs so well. However, as the minutes mount and tensions between these opposing lifestyles grow, Beatriz at Dinner loses its voice with motivated rhetoric and pseudo thrills. The entire chance-encounter between the title character and tycoon Doug Strutt seemlessly morphs into a caricature of a dinner party. Both characters deviate into bloated figureheads of conflicting ideals, settling into a nauseating resolve that's littered with disappointment after disappointment until the final credits arrive to rescue us all from the torment.