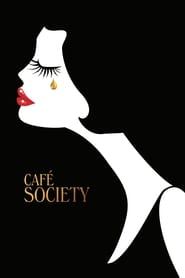 I've probably said this a few times before, but Woody Allen is one of those filmmakers who never shockingly surprises or disappoints me. With all of his many - and I do mean many - films, there are always signature aspects to a Woody Allen picture that keep it familiar and comfortable. Hence, you can add his latest feature, Cafe Society, to the long list of solid, but unspectacular, films from the Oscar-winning writer/director.

Bobby Dorfman (Jesse Eisenberg) is a young New York native who uproots to California where he seeks the guidance of his estranged uncle and Hollywood insider, Phil Stern (Steve Carell). But while there, Bobby falls head over heels for his uncle's beautiful assistant, Vonnie (Kristen Stewart), who has a boyfriend of her own. As the romance between Bobby and Vonnie continues to build, turning away from their obvious connection could be a lifelong regret for both of them.

All of his personal faults aside, Woody Allen tells remarkably engaging stories. With his new 1930s period dramedy, Cafe Society, he examine the many depths of true love. While Jesse Eisenberg has been on a somewhat downward trajectory, especially after his unflattering role as the iconic villain Lex Luther in Batman v. Superman, Kristen Stewart is a star on the rise. I adored Stewart's recent supporting work in the effective drama, Clouds of Sils Maria, and her stellar string of performances continues here. Stewart's onscreen chemistry with Eisenberg is infectious and helps make all of the odd complexities surrounding their relationship that much more impactful. Cafe Society isn't the smoothest 85 minute ride you've witnessed, mainly due to its numerous less than appealing subplots, but the film proves to be another successful attempt from Woody Allen that features a story certainly worth telling.