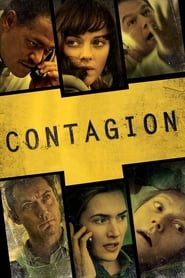 Sometimes when a movie has an overbearing cast filled with star-studded actors and actresses, the movie turns out to be flat. Hence, when I saw Steven Soderbergh's lineup for his latest film Contagion, I became an instant skeptic. With a cast including major names like Matt Damon, Kate Winslet, Jude Law, Laurence Fishburne, Gwyneth Paltrow, Marion Cotillard, and John Hawkes, Soderbergh must have had his hands full finding screen time for each of them. On the flip side, at least you know to expect some good acting.

Contagion follows numerous story lines as an unknown virus begins infecting the masses and causing a widespread epidemic. Doctors and government officials must work together to properly handle the situation, which consequently has a global impact. 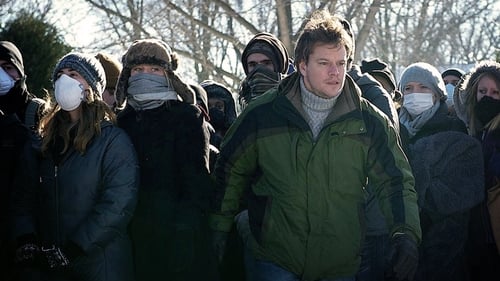 Contagion not only mounts its running time focusing on the characters trying to stop the spread of the virus, it also focuses heavily on the chaos that would ensue if this hypothetical epidemic actually became a reality. Contagion offers countless suspenseful scenes showing violence and havoc in major cities being quarantined. In that regard, the film packs a powerful punch and an eye opening, realistic experience.

On the other hand, Contagion unsuccessfully manages to keep the audience dialed into the film. With an abundance of main characters and subplots, the movie leaves and revisits different characters at a crawling pace. There are moments where you may go 20+ minutes before you see a character again. All of these subplots make it extremely difficult for the audience to make a connection with individual characters. This is an obvious flaw that becomes overly evident in films trying to incorporate a large number of stars in its cast.

With Contagion, the acting will undoubtedly satisfy the audience and certain unique perspectives taken on by the film will intrigue as well. However, a sizable portion of the movie will spend time focusing on other stories which seem to add nothing to benefit the film. Had Soderbergh chosen to focus more on certain aspects of the film, and less on others, it may have resulted in a much more successful piece of work.

Contagion ends up landing in the realm of mediocrity. You should expect more out of such a renowned director and cast, yet trying to do too much proves to be problematic once again for Soderbergh. Sometimes, you can accomplish a whole lot more by keeping things simple.