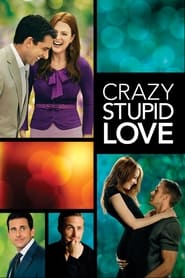 Glenn Ficarra and John Requa hit a home run with their last picture, I Love You Phillip Morris. The directors offered a different style of film making that really intrigued me. The movie had a great twist and superb acting from its leads Jim Carrey and Ewan McGregor. This brings us to present day, where the pair of directors will see their newest release Crazy Stupid Love hit theatres nationwide tomorrow. With its trailer receiving airtime all over television stations, it's evident that they're preparing for a big opening weekend. And since the movie molds together this directing tag team with an all star cast including Steve Carell and Ryan Gosling, the sky's the limit.

Crazy Stupid Love opens with a middle-aged married couple out together on a "date night". Cal (Carell) and Emily (Moore) are an interesting couple to say the least. Cal is quiet, reserved, and complacent with his situation. On the other hand, Emily is strung out and bored with where her life has ended up. Hence, when Emily springs a divorce on Cal over dinner, needless to say it ruins the evening. This sequence of events sends Cal on a wild adventure into the single's world where he meets the suave Jacob (Gosling). Jacob takes Cal under his wing and shows him the secrets to success in the bar scene. Along their journey, the impenetrable Jacob meets and falls for Hannah (Stone), perhaps the only woman capable of changing his seducing lifestyle.

Crazy Stupid Love offers an enjoyable movie going experience. It brilliantly blends together comedy and drama just enough to keep anyone satisfied. The film offers convincing performances by its entire talented cast. Steve Carell, Ryan Gosling, Emma Stone and Julianne Moore are given a broad enough platform to shine and they all do. Even Kevin Bacon's small role is an added bonus to the movie. Furthermore, much like the directors first hit, Crazy Stupid Love also delivers a hilarious script with a surprising twist. All of which make the film a fun and unpredictable watch.

Despite its abundance of great aspects, Crazy Stupid Love has a couple of drawbacks. For example, the film is more of a marathon than a sprint. Since the movie incorporates a few subplots too many, there are times where certain characters fall to the wayside for 20 minutes at a time. It becomes almost too much of a gap to get emotionally connected with them. Although the movie seems to never culminate, the directors make up for it by keeping the laughs coming from start to finish. Thus, making the almost two hour runtime seem tolerable.

I thoroughly enjoyed Crazy Stupid Love and suspect most other people will as well. Any blemish to the film becomes easy to overlook thanks to an onslaught of comedy and worthwhile dramatics. All in all Crazy Stupid Love makes for a fun and entertaining watch, one that's definitely worth the investment.