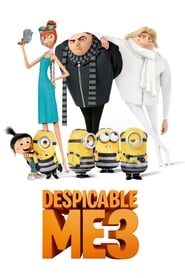 If there's one current animated franchise I always look forward to, it's the Despicable Me films. Credited directors Kyle Balda, Pierre Coffin and Eric Guillon (co-director) bring to theaters the third installment of this series. Yet, with each subsequent journey into the hilarious and complicated life of former-super-villain Gru (voice of Steve Carell), the Despicable Me franchise seems to take a step backwards.

After foiling an attempt at capturing the disgruntled former child star and 80s retro villain, Balthazar Bratt (voiced by South Park creator Trey Parker), Gru and Lucy (Kristen Wiig) are fired from the Anti-Villain League (AVL). And just as Gru breaks the unfortunate news to his trio of adopted daughters, he's visited by a man who reveals that Gru has a twin brother named Dru (also Steve Carell) who happens to possess a taste for villainy himself. The estranged siblings engage in some mischievous behavior behind Lucy's back and it leads on a path back to Balthazar Bratt once again. 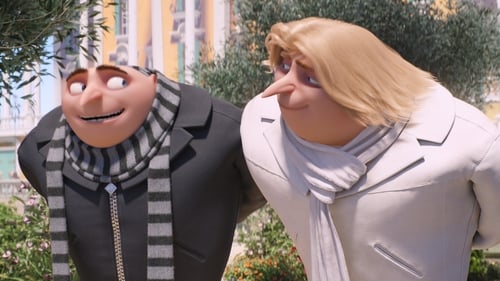 Despicable Me 3 misses a grand opportunity with the franchise's over-arching story to develop a deep and impactful character conflict with Gru, all while continuing to keep its running time under the 100-minute threshold. Rather, the team involved takes a simpler and thoughtless approach that keeps the effort from ever really standing out. Sure, the film delivers familiar laughs with its quirky main characters and boundless minions, who always find clever ways of bringing the humor, but devoting all of its attention to a contrived twin-brother creation fails to take the Despicable Me franchise any further. If you aren't already an invested fan of the series, then there isn't nearly enough to warrant a watch.