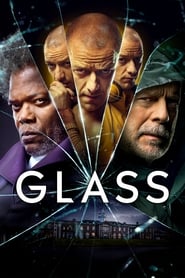 M. Night Shamayalan was raised in the suburbs of Philadelphia, a city lathered in the blue collar, underdog traditions of Rocky Balboa and last year’s Super Bowl Champions the Philadelphia Eagles. Don’t ever count them out. But, of course, that’s exactly what we did, all of us. Because prior to Shamayalan’s career resurgence with the thrilling 2016 superhuman tale, Split, the director basically became toxic following major box-office flops like After Earth and The Last Airbender. Yet, Shamayalan scaled the mountain once again with the overwhelming success of Split, a film he brilliantly linked into the same cinematic universe as Unbreakable, and one that forces a mandatory collision course between these three central characters with extraordinary abilities.

“The Beast” (James McAvoy) has escaped from Kevin Wendall Crumb’s underground home at the Philadelphia Zoo and he’s back to kidnapping innocent young girls to feast on. Meanwhile, David Dunn (Bruce Willis) has been using his superhuman powers to protect the city of Philadelphia where his vigilante persona has earned the nickname “The Overseer”. But when David goes on a mission to find and rescue a group of recently missing teenage girls, he crosses paths with “The Beast” and both men end up at the same psychiatric facility as the criminal mastermind Elijah Price (Samuel L. Jackson), AKA “Mr. Glass”. These three men are placed under the closely monitored care of Dr. Ellie Staple (Sarah Paulson) who tries to convince them that their unique abilities are all just a product of their own mental misconceptions. 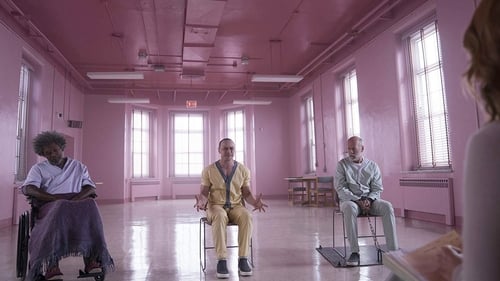 M. Night Shamayalan’s Glass is such a bold and ambitious endeavor whose grand ideas are absolutely spectacular at times, yet they’re also spoiled by the writer/director’s messy delivery. But make no mistake it, this is a typical Shamayalan film that offers a slew of twists and turns. However, when the dust finally settles, Glass opens pandora’s box to a whirlwind of endless possibilities that have to excite the audience as the final credits roll. However, the road traveled isn’t always a smooth and easy ride. We’re forced to sift through sappy secondary characters in an unnecessarily-outstretched affair that often lacks subtlety or nuance. And after investing yourself for a lengthy duration, Shamayalan’s trademark misdirection in the final moments can feel rather irritating. But worst of all, some of these so-called “twists” are barely given room to breathe and marinate before they’re essentially rendered meaningless in a rapid-fire finale that’s admittedly a lot to absorb. Thankfully, though, James McAvoy offers another superb performance with his character’s nearly two-dozen split personalities, once again stealing the show. Furthermore, co-star Sarah Paulson serves as a welcome addition to the story as her character is handed a meaty role that she masters with remarkable ease. All in all, Shamayalan’s story is in many ways brilliant on a macro level, but also riddled with imperfections in the here and now.