Review | House at the End of the Street
Search 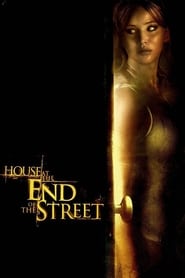 While it feels difficult to classify House at the End of the Street as a horror film, I have to accept the genre for what it has regrettably become. The slasher films of old have been pushed aside as Hollywood has paved way for the newer PG-13 style horror/thriller that is commonly marketed to a teenage audience. Business suits and dollar signs have stolen my beloved genre and replaced it with mediocre slop such as House at the End of the Street. While I will begin by saying that House at the End of the Street is by no means the worst of its brand, the feature still offers no redeeming qualities. Centering on a broken mother/daughter relationship, the new style horror flick follows Elissa (played by Lawrence) and Sarah (played by Shue) as they upgrade into a rural, more suburban, neighborhood. Living in what can only be described as the house of their dreams, they discover that everything isn't perfect with their new home. Unfortunately, their neighbor's house was the setting for a brutal murder a few years back. And even worse, secrets still remain there.

Director Mark Tonderai's House at the End of the Street is cheap on scares and attempts to be far more creative than is ever needed. The good old fashion horror scares have been replaced by diluted thrills and an abundance of plot lines that are completely unnecessary. Hollywood has become consumed by its obsession with giving a purpose and meaning to everything and everyone. Whatever happened to classics such as John Carpenter's Halloween? Why can't we just have an escaped mental patient looking to murder for no reason at all (recall that the secret behind Michael Myers and Laurie Strode isn't revealed until the sequel)? There's an obvious lack of creativity in the horror genre and all these lackluster attempts at reinventing the wheel end up falling flat on their face. The latest such release, House at the End of the Street, proves to be no different. Despite its talented lead actress, Jennifer Lawrence, and her most valiant efforts to deliver something worthwhile, House at the End of the Street is just another stereotypical run-of-the-mill teen horror flick. By missing this one, you aren't missing anything at all.