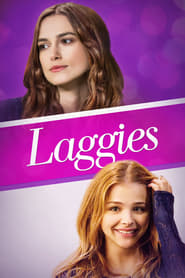 Writer/director Lynn Shelton is best known as an influential figure in the frequently coined "mumblecore" movement. This style of filmmaking often refers to a lower budget and the hefty use of natural improvisation rather than tightly sticking to a script. While the movement has gained a niche following and broader base, Shelton's latest go-around is far from the "mumblecore" label.

Laggies stars Keira Knightley as Megan, an unmotivated woman in her late 20s who has no idea of what she wants to do with her life. After watching her longtime friends and boyfriend of over a decade cleanly move on to adulthood, she struggles to discover her own identity. And after lying about going on a week-long career retreat, Megan instead shacks up with a new high school aged friend (Chloe Grace Moretz) and her skeptical father (Sam Rockwell) in order to take some time to figure out her future. 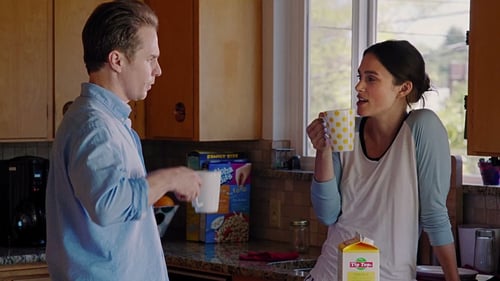 There's something strange and crazy about director Lynn Shelton's Laggies. For such an unorthodox story, the film is surprisingly heartwarming and honest. The writing and acting breeds an inordinate amount of purpose and identity to all of its characters. Some may refute that the feature's secondary characters are campy and embellished, but in the entire context of the film they work quite nicely. It all begins with a solid foundation from leading lady Keira Knightley. Her sweet and soulful performance enables the audience to connect with Megan on a deeper level and look past her periodically flawed judgment. And while Chloe Grace Moretz dishes out fine supporting work once again, there's two other names that need to mentioned. First, there's up-and-comer Kaitlyn Dever. The young actress gave a breakout performance in last year's unforgettable drama, Short Term 12 (one of my Top 10 films of 2013). Here she has a diminished role, although it's one that adds spice and bravado to the movie. Furthermore, we're given ANOTHER amazing turn from the vastly under-appreciated Sam Rockwell. From the moment he appears on screen, the film immediately picks up and dashes to the finish line. Rockwell is a true talent that's never given the respect he deserves. But thankfully for his game changing performance, Laggies ends up being a wonderfully executed drama.

Despite the feature's exceptional dialogue and charming wit, Laggies has its detractors. The first act has a noticeable drag, but Rockwell's introduction quickly takes care of that tiny problem. It's easy to disregard a bumpy beginning thanks to a lofty amount of perfectly timed humor and fantastic performances throughout. And while some of the decision making of its characters feels suspect and unrealistic at times, these simply become minor flaws in an otherwise fine feature.

Lynn Shelton has found budding success in her filmmaking career, but you can expect Laggies to launch her to a whole other level. The movie generates an unbreakable bond between its characters and the audience, one that lasts long after the credits role. Making Laggies one of the finest films at Sundance this year and one that you should look forward to in 2014.