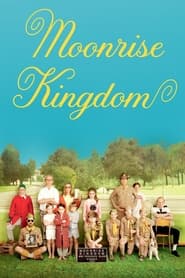 Acclaimed director Wes Anderson returns to the big screen with his successful indie comedy Moonrise Kingdom. The story follows Sam and Suzy (played by Hayward and Gilman), a pair of outcast youth who meet one Summer and, after becoming pen pals over an entire year, plan to run away together. As the young lovers attempt to flee their New England town, a local search party comprised of Suzy's parents, Sam's scout leader and troop, and Sheriff Captain Sharp (played by Willis) work tirelessly to find them.

In typical Wes Anderson fashion, Moonrise Kingdom is a winning effort that both glorifies young love in a unique way and delivers a multitude of laughs. First time actors Kara Hayward and Jared Gilman are simply excellent, reminding us of Anderson's unmatched ability to get phenomenal performances out of youthful unknowns. And much like the success that followed Jason Schwartzman (who has an impressive cameo in the film) after Rushmore, I'd expect a lengthy line of features to follow for both Hayward and Gilman. Anderson also sports an all star cast including Edward Norton, Bill Murray, Frances McDormand and Tilda Swinton. Each character offering up a necessary purpose to the film, Moonrise Kingdom is a winning effort thanks, in large part, to its entire cast.

As an admitted non-fan of Wes Anderson's previous work, I was pleasantly surprised by this latest release. Moonrise Kingdom is charming, genuine, and meaningful. Examining the magic of young love in only a way Wes Anderson can, we get a thoughtful and comical joy in the form of Moonrise Kingdom. If it's still out in a theatre near you, I suggest taking a chance on one of 2012's most successful independent films.