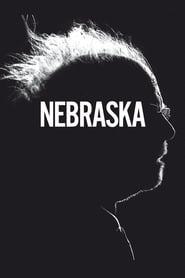 In his still rather young career, acclaimed director Alexander Payne has almost become an "automatic" with voting Academy Members. Having earned a pair of Oscars, both in the Best Adapted Screenplay category for his two most recent works (The Descendants and Sideways), Payne's often characterized deadpan humor always manages to glaze over a tender and dramatic story. Apparently it's a recipe for success, and one that the filmmaker carries over with his newest addition, Nebraska.

Bruce Dern stars as Woody Grant, a confused and muddled old man (thanks to many years of aggressive drinking) who believes he's the winner of a million-dollar sweepstakes. While Woody's wife (played by June Squibb) and eldest son (Breaking Bad's Bob Odenkirk) continually tell him it's nothing but a scam, his youngest son David (Will Forte) decides to humor his father. Together they embark on a sentimental road trip from Montana to Nebraska to redeem the prize money.

You can expect the norm from Alexander Payne's latest feature as he sticks to a similar formula and crafts another worthy achievement, Nebraska offers top-notch performances and a healthy surplus of laughs. While Bruce Dern was the toast-of-the-town during his Best Actor win at the Cannes Festival as the binge-drinking patriarch of the Grant family, none shine brighter than his onscreen significant other, June Squibb. Her comedic ability and perfectly-timed humor fuse together and generate one of the year's finest supporting roles. And in a surprisingly fresh turn, comedian and Saturday Night Live star, Will Forte, shows a spectacular amount of range. Forte's transition from comedy to drama goes without a hitch, as it's safe to assume he's officially paved the way for a prolonged and expansive career. Alongside a compilation of satisfying performances, the beautifully shot black and white film echoes a modern-day Depression Era vibe that gives Nebraska the heart and soul it needs.

Although Payne's career path has been an irrefutable success, the recognized filmmaker still hasn't elevated his level of work. Payne's resume is flooded with solid features that most directors could only dream of matching, yet Nebraska feels almost no better or no worse than the rest of his films. While the movie is intended to be a heartwarming and dainty tale, Nebraska flourishes more as a comedy than a drama. The laughs are plentiful and the charm is exquisite, but Payne's examination of the Grant family dynamic is far less impressionable.

Nebraska is a pleasant viewing experience that succeeds in the moment, but whisks away from your memory soon after the credits role. June Squibb's Oscar-bound performance is one of the film's few long-lasting aspects. While Nebraska is a bit of a far cry from the Best Picture Winner that we all wish to see in Payne's near future, it's a gratifying expedition to say the least.