Review | On the Basis of Sex
Search 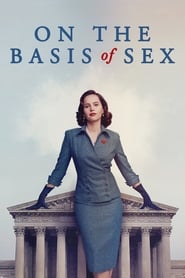 On the Basis of Sex
Movie Critic Dave's Ratings
Stars

Politics are everywhere nowadays and that’s made the soon to be 86-year-old Ruth Bader Ginsburg and her desirable lifetime seat on the United States Supreme Court such a hot-button issue. But as a social crusader who has lived through the still-evolving transformation of Women’s Rights in America, Ginsburg’s fingerprints are all over the female push for absolute equality. And her landmark participation as an attorney embroiled in one of history’s most consequential court battles has become the centerpiece to Mimi Leder’s new biographical drama, On the Basis of Sex.

The movie opens with Ruth (Felicity Jones) embarking on a law degree as one of only nine female entrants accepted into Harvard’s prestigious program during the mid-1950s. And with the unified support of her fellow law-student husband, Martin Ginsburg (Armie Hammer), the couple overcome a host of obstacles en route to a pair of degrees that help land Martin a cushy a job at a successful law firm and send Ruth into the classroom as a college professor. Yet, watching change happen from the sidelines leaves a burning desire inside of Ruth that forces her to pounce at the opportunity to finally step into a courtroom and argue against gender equality all the way to the U.S. Supreme Court. 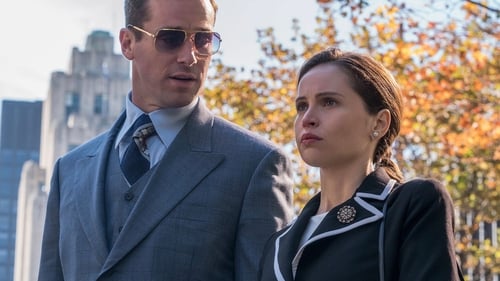 On the Basis of Sex is a safe and marginally appealing film that never really understands its own purpose. Muscling back and forth between a sleek courtroom drama and a deep, personal examination of the fearless Supreme Court judge, there’s an unsatisfying murkiness to the film. But with such likable characters, it starts to feel like that awkward relationship with a neighbor or co-worker. They’re such nice and friendly people that you don’t want to speak poorly of them. And that’s no exaggeration here as Martin Ginsburg becomes the quintessential progressive and supportive husband that allows his wife to become a beacon of change. There are moments when I find myself wondering if this truly is one of Armie Hammer’s best performances, or if I just like the character so much that it’s clouding my judgment. The same can be said of Felicity Jones’ fine turn as the fierce and stubborn Ruth Bader Ginsburg. Either way, it’s the film’s formulaic construction and familiar development that provide a disastrously unstable foundation to the feature. And these faults are only amplified by writer Daniel Stiepleman and director Mimi Leder’s unfortunate inability to make the movie feel as daring and courageous as the real-life centerpiece of their story. Consequently, On the Basis of Sex becomes far too neat and flavorless to do Ruth Bader Ginsburg’s remarkable life achievements the justice they deserve.