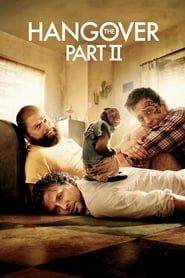 Ask anyone, and you will always get the response that sequels are almost always a bad idea. Yeah, there may be a few exceptions like The Empire Strikes Back and The Godfather II, but it's a near flawless rule of thumb. Hence, when I heard about the sequel to the 2009 mega hit The Hangover, I was skeptical at first. However, prior to seeing it, director Todd Phillips won my confidence back by attacking this sequel the right way. Phillips and his team took two years writing, filming, and editing the film. A common flaw with most sequels is the production company's eagerness to flush the movies out too quickly in order to turn a profit (think the Saw franchise). But the director took his time to ensure that he'd put the best possible product on the screen.

The Hangover Part II takes place a few years after the original story. Stu (Ed Helms) has moved on from his Vegas stripper and found an amazing Thai woman named Lauren. The couple is engaged and about to be married in Thailand. After Phil (Bradley Cooper) and Doug (played by Justin Bartha) successfully convince Stu to give Alan (Zach Galifianakis) a last minute invitation to the wedding, the Wolfpack returns once again. Two days prior to the wedding, what was suppose to be a one drink affair turns into a long adventure throughout the capital city of Bangkok. Once again, with no recollection of what events have transpired, the trio must find another lost friend.

Similar to the first film, the acting is adequate and the dialogue is solid. However, the jokes are recycled and The Hangover Part II constantly refers back to its original to a fault. Even the reintroduction of a few unexpected characters gives off the vibe of overkill. There's enough forced humor in the movie to quickly turn off the audience as well. Take away the occasional outrageous scene, which usually only works for its shock value, and the second installment might as well be called a remake.

Despite the director's careful approach to the sequel, The Hangover Part II is anything but a new take on the franchise. In fact, the biggest downfall of the film is how every major event unfolds exactly the same way as the original. Sure, there are new jokes and tiny details that will inevitably have you laughing out loud, but as the movie concludes, you realize that The Hangover Part II is nothing more than a cheap imitation of its predecessor.