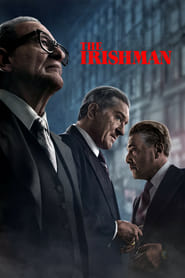 Martin Scorsese, it’s a name that will long outlast any of us thanks to nearly five decades of directing must-watch movies. He’s reached a rare status where every new film is an absolute spectacle. And after a brief theatrical stint to, in essence, qualify for the Academy Awards, Netflix is the proud host of Scorsese’s latest tour de force, The Irishman. This three-and-a-half-hour-long epic represents a more mature examination of the gangster genre, a territory very familiar to the director, but one he’s usually drawn to for the wild and reckless aspects of the lifestyle. Yet, that’s not Scorsese’s intent with The Irishman, here he journeys into the loneliness and isolation of the few who are, dare I say, lucky enough to survive a lifetime of double-crossings. It’s a bold and ambitious endeavor for the filmmaker, but one he still manages to handle exceptionally well, even if The Irishman fails to stand up to Scorsese’s best.

Frank Sheeran (Robert De Niro) is a hard-working World War II vet whose life is forever changed when he befriends the notorious mobster, Russell Bufalino (Joe Pesci). Frank’s comfort with killing, largely in part to his time in the war, makes him a natural fit as a hitman for the Bufalino crime family. Frank’s close ties with Russell eventually set him a collision course with the outspoken labor union leader, Jimmy Hoffa (Al Pacino), and the two men immediately become close allies. Their friendship lasts for many years, that is, until Hoffa gets in over his head with Russell Bufalino and other “made men” who demand the deadly services of Frank Sheeran one last time. 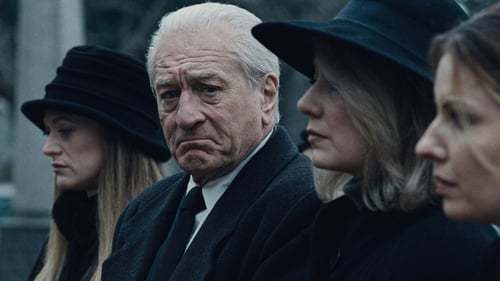 The Irishman attempts to bite off more than it can chew. Scorsese swings big, banking on an emotional conclusion that never really hits home the way it’s intended. With that being said, Scorsese still delivers a superbly crafted film that boasts phenomenal technical achievements and a pair of outstanding supporting turns. First, the widely discussed de-aging effect that’s used in the film is very impressive and executed at a never-before-seen level, making Scorsese’s firm dependence on the technique something that could very well change the way movies are made going forward. Now, onto the towering performances from Al Pacino and Joe Pesci. Both offer their finest work in decades and each do it in a completely different manner. Pacino’s turn is showier as he mimics the brash and animated demeanor of Jimmy Hoffa with immense precision. It’s a loud role that demands your attention, and for this reason it’s more likely to stand out when harkening back to the film. Conversely, Joe Pesci delivers a slick and subtle performance, magnificently detailed and remarkably nuanced. Both men are completely worthy of Oscar Nominations, although I wouldn’t necessarily say the same for lead actor Robert De Niro whose dry and soulless approach makes for a rather uninspiring central character. I, personally, felt no connection whatsoever with the character of Frank Sheeran and this is the driving force behind Scorsese’s whiff at an emotional conclusion to the film. And while I left the theater feeling unmoved and slightly disappointed in The Irishman as a whole, the film is still a strong feature that races along with a driving force that keeps you fully engaged up until the pivotal onscreen moment when we’re given Scorsese’s interpretation of Jimmy Hoffa’s disappearance. My suggestion is to slightly temper your expectations before strapping in and enjoying another wild and worthwhile ride courtesy of a true cinematic genius.