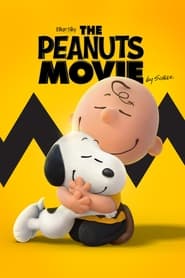 As my childhood continues to renew itself with an inordinate amount of remakes and re-brandings, Steve Martino's The Peanuts Movie found its way into theaters this past weekend. Fans of the iconic Charlie Brown universe created by the masterful Charles M. Schulz should know that Martino's newest animated feature comes from the mind of Bryan Schulz, the creator's grandson. Long-lasting discussions occurred between the Schulz family and the film's studio, Twentieth Century Fox Animation, regarding the creative direction of the story prior to attaining the comic strip's rights, and it definitely shows.

The lovable accident-prone Charlie Brown returns to the big screen and we find him swooning over a pretty new redhead girl who moves into the neighborhood. As Charlie Brown makes multiple valiant attempts to capture her attention, as expected, unfortunate circumstances always seem to spoil his efforts. But with the help of his eclectic collection of friends and his loyal dog, Snoopy, perhaps Charlie Brown could actually win her over.

In the latest from the Schulz family, The Peanuts Movie does a fantastic job of staying loyal to its source material. With 2015 marking the 65th anniversary of the comic strip and the 50th of the TV special, A Charlie Brown Christmas, it's clear that authenticity was an essential part of the collaborative team's vision. But despite an enjoyable return to classic characters from my childhood, I was a bit disappointed that they refused to use hand-drawn animation. It should also be noted that, at nearly 90 minutes, the movie runs a little longer than necessary. Perhaps The Peanuts Movie  would have been better served as an hour-long made-for-TV event. However, all in all it was a commendable return for Charlie Brown and all of his friends.