Review | The Woman in Black
Search 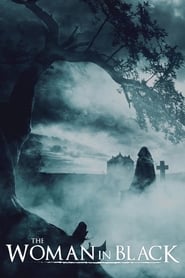 I have a startling confession to make. In all of my years on this planet (which is only 29, so let's not get carried away with it), I am yet to view a single Harry Potter movie. In fact, James Watkins sophomore horror tale The Woman in Black is my first Daniel Radliffe film. Radliffe and Watkins have the difficult task of making this one time Susan Hill novel turned critically acclaimed stage play turned television movie, into a United States success. Although the story has now crossed oceans and spanned decades, The Woman in Black is still as frightening as its ever been.

The film opens with a young widower lawyer named Arthur Kipps (played by Radcliffe) leaving his four year old son and nanny for a business venture to a remote village. Upon his unwanted arrival, Arthur discovers the vengeful and terrifying ghost of a woman who's spent years wreaking havoc on the locals

The Woman in Black is a modern depiction of classic supernatural horror at its best. Combining a strong story with many other necessary ingredients, director James Watkins serves up a somewhat rehashed, but welcome, addition to the horror genre. Escaping the dull and ineffective characteristics used as the backbone of recent ghost-centered films such as the Paranormal Activity trilogy and countless exorcism movies of the past decade, The Woman in Black's most brilliant scares play off of its taut back story. Rather than using its scariest moments as a crutch, Watkins beautifully blends together the film's dramatic and horror-based elements. In doing so, the director builds a bond between the audience and the character of Arthur Kipps. As a result, every thrilling and intense scene becomes that much more powerful.

By relying a great deal on the character of Arthur Kipps, Daniel Radcliffe's performance becomes an enormous make or break aspect of the film. To the movie's benefit, Radcliffe never disappoints. His spot on portrayal of a moderately disconnected widower trying to unravel a small village's ghost story is nothing short of brilliant. Radcliffe effortlessly branches out from his Harry Potter label and demonstrates his ability to lead a successful acting career without wizardry. In addition to Radcliffe, the entire ensemble serves their purpose and helps propel The Woman in Black to forefront of modern horror.

Despite its fine acting and its wonderful direction, The Woman in Black lacks an unquestionable sense of originality. Following closely in the vein of the 2002 horror hit The Ring, Watkin's film succumbs to the occasional cliche. There are clearly moments of imperfection but, to the picture's credit, they are merely rough patches in an otherwise grand pasture.

James Watkin's The Woman in Black is a fantastic example of strong film making. Its subtle score and dark tone intensify every frightening scene, inevitably creating a thrilling viewing experience. The Woman in Black will not be in theatres for much longer, but any true fan of horror should go out of there way to see this excellent addition to the genre.