Review | A Cure for Wellness
Search 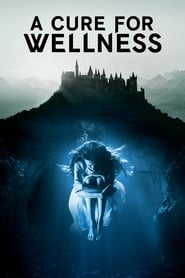 The marketing campaign for Gore Verbinski's long-awaited return to the horror(ish) genre has been relentless. And after 20th Century Fox dished out the big bucks for a pricey advertising spot during this past Super Bowl, A Cure for Wellness clearly hopes to attract a wide-ranging audience with its mystery and intrigue. Verbinski, who broke out in 2002 with the instant horror classic, The Ring, is best known for his work over the last decade and a half continually teaming up with Johnny Depp in the long-running action franchise, Pirates of the Caribbean. Yet, could this return to the horror-thriller genre be his true calling? A Cure for Wellness would suggest otherwise.

Dane DeHaan stars as Lockhart, an ambitious business executive who ventures to a remote location in the Swiss Alps to find the company's CEO and return him to the states for a transaction that requires his appearance. But when Lockhart arrives at an eerie treatment center which houses his boss, he begins to suspect that a deeper and stranger plan is at work in the facility. As he sneaks around looking for evidence to support his suspicions, Lockhart begins to toe-the-line between the truth and madness.

A Cure for Wellness deserves to be lauded for its stark originality and gripping mystique. However, there's very little else to help ease the audience through the film's painfully harsh 2 hour and 26 minute running time. This muddled marathon lures the viewer with a creepy introduction to its spa-like setting, but struggles to complete the entire story in an appropriate manner. Verbinski drags the plot through twists and turns that force you to believe a bigger reveal is right around the corner, but nothing grand ever develops. Instead, A Cure for Wellness is exactly what it seems to be, a frustratingly unpleasant spiral into psychological madness for both its lead character and the viewer.