Review | Sound of My Voice
Search 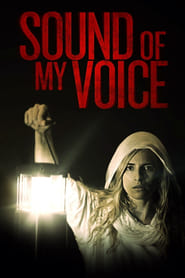 Writer and Actress Brit Marling has slowly been making a name for herself. The indie princess has spent the last two years garnering well deserved attention at the Sundance Film Festival with big time roles in movies such as Arbitrage and Another Earth (which she co-wrote as well). In fact, Marling's latest independent gem to reach theatres is Sound of My Voice, which premiered at Sundance in January of 2011. Fifteen months later and Marling, the film's scribe and star, is ready to show it off to the world.

Sound of My Voice follows a young couple on a quest to make a documentary exposing a so-called cult leader as a fraud. Peter (played by Denham) and Lorna (played by Nicole Vicius) decide that the best way to get as much information as possible is to infiltrate the group. Upon doing so, they discover that the cult's leader Maggie (played by Marling) claims to be from the future, and her persuasive demeanor begins to threaten the couple's intentions.

First time director Zal Batmanglij, a close friend of Marling and co-writer of the film, gives an explosive debut with his mind bending feature Sound of My Voice. Avoiding any unnecessary build up, the movie opens with the main couple immediately posing as devout members of the cult finally meeting Maggie for the first time. In doing so, the tension begins all at once and the audience is instantaneously hooked. Despite the film's slow driving pace, there is still a lot of intensity to the feature. It's main themes of trust and faith reign prevalent throughout the picture's entire duration. Not only for the film's central characters, but for the audience as well. Hence, Batmanglij serves up a successful directorial debut that will clearly place him on the indie circuit's radar.

Sound of My Voice is a well written piece of work. Much like Marling's screenplay for 2011's Another Earth, she attempts to blend the drama and science fiction genres together. Do not, however, expect much sci-fi in the feature. Marling simply uses it as a backdrop to stir up doubt, therefore developing the film's fundamental focal points of faith and trust. The talented writer is equally as impressive on screen. Her remarkable acting ability was first made evident in last year's Another Earth, only to be one-upped by her efforts in Sound of My Voice. Along with Marling, Christopher Denham is brilliant in his leading role. The gifted actor takes his skill to a whole other level and proves to be the backbone of the film. With such a creative script and a masterful cast, Sound of My Voice is definitely a worthy feature.

Although there's plenty to praise about the movie, Sound of My Voice struggles in a few areas. It's mere 85 minute runtime plays more like a two hour long feature. The picture's slow pace makes for a lull of a second act. Furthermore, there's a polarizing resolve that's sure to irk audiences. Ever since 2010's Inception finale, ambiguous endings have been the latest craze. Without giving away too much, I will say that the last scene leaves much open to interpretation. However, Marling and Batmanglij purposely do so to reinforce the film's main ideas of faith and trust. Like a puzzle missing pieces, there's enough facts and clues to sway you either way but keep you from seeing the entire picture.The beauty behind Sound of My Voice is that it asks you to think and trust for yourself. So I ask, what's the harm in that?