Review | Ant-Man and the Wasp
Search 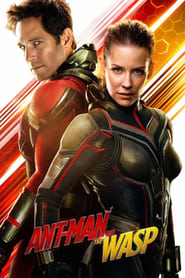 Comedy director Peyton Reed, who was once best known for overseeing films like Bring It On, Yes Man and The Break-Up, found himself gifted a golden ticket when he entered into Marvel’s family as the visionary behind the 2015 origin story of Ant-Man. The film soared to massive heights, grossing over $500 million globally and winning over both critics and audiences alike. But a lot can change in just three short years, as Scott Lang and his Ant-Man persona have quietly devolved into one of the Marvel Cinematic Universe’s (MCU) weakest and most underused characters. And with hopes that their latest sequel, Ant-Man and the Wasp, will rejuvenate excitement for this forgotten superhero, the return of Scott Lang doesn’t quite measure up to size

Set between the events of Civil War and Infinity War, Scott Lang (Paul Rudd) finds himself bored and imprisoned on house arrest after violating his parole by traveling to Germany to help out Captain America. With mere days to go before Scott’s return to freedom, Hank Pym (Michael Douglas) and his daughter Hope (Evangeline Lilly) enlist the help of Lang to venture back into the Quantum Realm and retrieve Hank’s wife, Janet (Michelle Pfeiffer), who’s been lost there for nearly three decades. In a race against time to get Scott back home before the police realize he’s gone, as well as trying to fend off suitors of this groundbreaking technology, it will take a group effort to save Janet from this atomic abyss and return Lang to his residence before it’s too late. 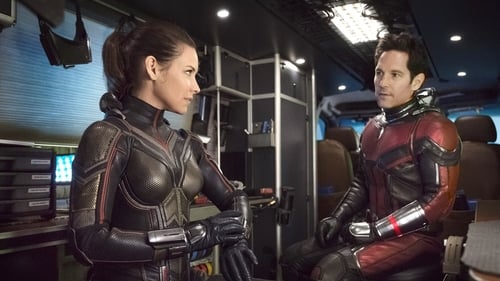 Having recently placed Ant-Man in my Top Ten MCU films, my adoration for this sequel’s predecessor can’t be overstated. Therefore, sifting through the humdrum of Ant-Man and The Wasp became more tedious than it was enjoyable. As expected from a comedic staple such as Peyton Reed, there are jokes aplenty to help ease you throughout this tenuous ride, but some prove more effective than others as the laughs fail to overshadow a long list of unappealing new characters that enter the story. And not only does the film overextend itself with an ungodly number of fresh faces, Ant-Man and the Wasp makes a desperate attempt at ramping up the drama. However, divvying up the screen-time counterbalances this desired end-game, leaving dramatic storylines fully devoid of emotion. Poor performances from Michael Douglas and Michelle Pfeiffer bring disaster to Janet’s entire plotline, while the inclusion of Laurence Fishborne and Hannah John-Kamen's characters falls terribly flat as a meaningful subplot. And to top it off, Ant-Man and the Wasp delivers an all-too narrow scope that only manages to tie into the rest of the MCU when its end-credits scenes finally appear. There’s a lot of fluff packaged into this essentially villain-less title from the MCU, and the stakes never feel high enough and the comedy isn’t quite good enough to mask its many flaws.