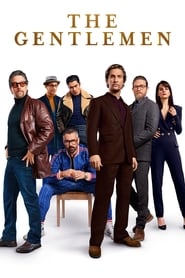 Director Guy Ritchie has always been a bit of enigma to me. While you can tell that operating in his comfort zone typically involves shady dealings, ruthless thugs and a whole lot of illegal money, Ritchie will also go on a head-scratching adaptation-spree that includes works like Disney’s live-action remake of Aladdin and a unique twist to the story of King Arthur. But no matter where you stand with the Snatch director, we can all agree that Ritchie’s on the top of his game when he’s delivering a story exactly like the one he brings in the new crime mystery, The Gentlemen.

Ray (Charlie Hunnam) is the right-hand-man for drug lord Mickey Pearson (Matthew McConaughey). Fletcher (Hugh Grant) is a sleazy private detective who digs up dirt on wealthy and powerful men and sells it off to the highest bidder. But when Ray finds Fletcher waiting inside his home and demanding a hefty payout from his boss Mickey, the two men try to piece together everything they know about a very elaborate story. One that includes the sale of Mickey’s weed-growing empire, a rival drug kingpin, a robbery and a healthy dose of twists all along the way. 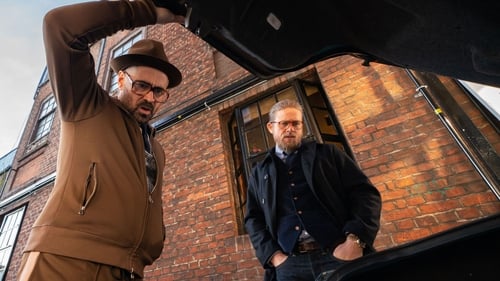 The Gentlemen flows with energy, carrying an upbeat pace and toe-tapping soundtrack that serve as the perfect complement to Guy Ritchie’s action-packed and hysterical script. Framing the narrative through a story inside of a story lens, as Fletcher finds this whole ordeal fascinating and elaborate enough to turn it into a screenplay that he keeps trying to pitch to people, adds a “next-level” dynamic of comedy that really puts the film over the top. But as anyone familiar with Lock, Stock and Two Smoking Barrels and Snatch will know, vulgarity is a thing with Ritchie’s films. The Gentlemen is no exception, as the C-word feels like it’s on literal repeat for nearly two full hours. If this is something you can’t withstand, it’s important to know that going in. Otherwise, if the copious amounts of profanity won’t ruin the experience for you, expect to laugh loud and often. Ritchie’s script is littered with zingers and beautifully crafted moments of pure hilarity. And just as funny as the film’s dialogue are its actor’s mannerisms. Academy Award Winner Matthew McConaughey gets top billing here, but it’s the insanely effective work of Hugh Grant and Colin Farrell that capture your attention the most. Grant with a chameleon-like performance as he’s completely unrecognizable and simply brilliant as Fletcher, and Farrell with a nuanced and expressive turn that sticks with you despite a limited amount of screen time. The Gentlemen is another brisk and lively endeavor from Guy Ritchie that may not feel as impactful as his earlier work of a similar vein, but it’s always fun and certainly a unique experience witnessing Ritchie is his wheelhouse.