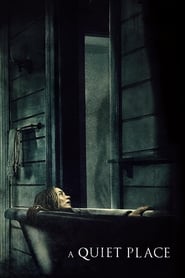 We all know John Krasinski, the handsome and lovable sitcom star best known for portraying "Jim" on the hit show The Office. But there are some things you may not know about him, such as his deep, burning desire to be an appreciated filmmaker. In fact, Krasinski has ventured down this path twice before, first with the ambitious adaptation of American author David Foster Wallace's novel, Brief Interviews with Hideous Men, and more recently with the 2016 dysfunctional family dramedy The Hollars, both of which provided very little fanfare from critics and audiences alike. Something else you may not know about John Krasinski, he doesn't want to be labeled or branded as a genre filmmaker. He simply wishes to pursue the stories, characters and ideas that he's most passionate about, even if they come with a horror backdrop like his SXSW Opening Night selection, A Quiet Place.

We're given a vague sense of time and global catastrophe in the opening sequence of the film, shown that the events take place in the not-so-distant future of 2020 where an unexplainable monster shrieks, howls, and barrels through whatever's in its path in order to destroy anything that makes a loud, sustainable noise. And through this insidious elimination of the human species, a family forced to live in a world of utter silence has survived, thanks in large part to their knowledge of sign language which is needed to communicate with their deaf daughter (Millie Simmonds). But as the family tries desperately to create a life worth living, despite these terrorizing creatures lurking and waiting to pounce at any noisy misstep, figuring how to kill these monsters and fighting back may be their only chance at survival. 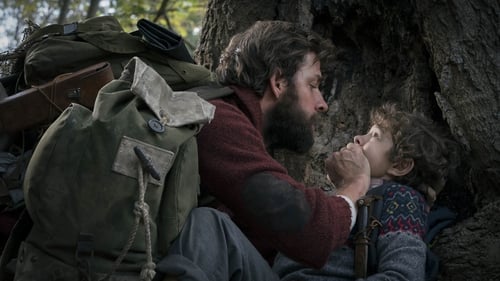 Both strong and flimsy elements surround Krasinski's third feature film. His insanely gripping premise serves as a building block for masterful onscreen moments that fuse together fear and tension brilliantly. The painful silence supplements the horror remarkably well which, also to its detriment, handcuffs the viewer into wishing there was a lot more of it. Yet instead, A Quiet Place wanders from each widely spaced heart-pumping scene to heart-pumping scene, getting lost in cheap and lifeless subplots that remind us how this silent novelty wears thin well before the film's brisk 95-minute runtime comes to a conclusion. Krasinski's intentions are apparent as his dramatic horror serves as a metaphor regarding the fear of a parent allowing his children to "leave the nest" and fully preparing them to face a cruel and harsh world head-on. However, the emotional component of the film pales in comparison to the thrilling and suspenseful backdrop which Krasinski creates, leaving a disjointed and uneven sense of dissatisfaction. And when it comes to these characters and their decisions, many behaviors and rationalizations are completely baffling given the dire day-to-day circumstances they face. I struggled to wrap my head around the entire film, massively impressed by these grisly monsters and regrettably disinterested in the remainder of the story. A Quiet Place offers a few exceptional moments, Krasinski's direction included, yet the film struggles to frame everything together in a neat and fulfilling package.