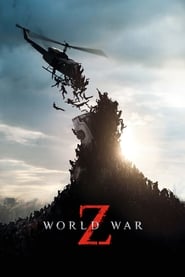 In the new age of sequels, remakes and quick turnarounds, it's easy to forget how difficult it can be to release a major motion picture. Just ask Brad Pitt's Plan B Entertainment, who first bought the screen rights to Marc Forster's World War Z back in 2007. After a half-decade of development, filming and post-production that included multiple re-writes and threats of pulling the plug on the project altogether, Brad Pitt refused to let his "baby" get lost in the abyss. And finally, six years in the making, World War Z's long-awaited release is just around the corner.

Gerry Lane (Brad Pitt) is a former U.N. employee who, along with his wife and children, is rescued from a widespread zombie attack and brought in by officials to help put an end to the epidemic. In a race against time, Gerry must leave behind his loved ones and travel the world in hopes of finding a cure to this never-before-seen disease.

Along with this weekend's release, Man of Steel, World War Z stands out as one of the most anticipated blockbusters of the summer, and it doesn't disappoint. Brad Pitt's passion project benefits strongly from his make or break performance. While it's a far cry from his previous Oscar-caliber work in Moneyball, Pitt's latest effort clearly surpasses most performances you can expect to see this summer. Along with Pitt's excellent leading role, World War Z delivers enough non-stop action to cure all of your blockbuster blues. Inarguably riveting and gripping beyond belief, Marc Forster's zombie-apocalypse film offers a unique vision in what's become an extremely watered-down genre. Moreover, World War Z moves every bit as fast as its rage-filled fleet of foot monsters, making it an absolute adrenaline rush.

Although World War Z is a worthy and above average summer action blockbuster, the feature leaves much to be desired with its dramatic elements. There lacks heart in Gerry Lane's family's subplot. Instead of creating depth to this portion of the story, director Marc Forster remains content in showing off his high-octane zombie sequences. Thus, World War Z delivers very little substance and feels slightly incomplete. In fact, outside of watching cities crumble at the hands of a flesh-eating epidemic, not much happens in the film. And once the movie begins to test the audience's patience with a merely glossed over plot line, Forster has the good sense to quickly roll the credits. Every bit as entertaining as you could hope for, World War Z is a successful summer release despite its unfulfilled screenplay.

You can expect a handful of certainties with Marc Forster's World War Z. Edge of your seat suspense and a fresh take on the zombie-phenomenon can be assured, while Forster's direction and Pitt's performance are just icing on the cake. However, a repetitive feel and a surreal plane crash scene leave World War Z as a good, but not great, film. Chances are you'll enjoy this made-for-summer treat (especially if you're looking forward to it), therefore I suggest taking a shot on producer and star Brad Pitt's latest piece of work.