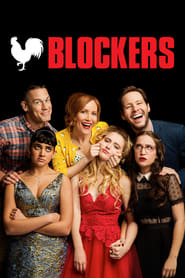 SXSW is more than just a film festival. The enormity of the annual event also includes world class musical acts, celebrity keynote speakers, informative tech conferences, and top-notch stand-up comedy shows. Yet, while the majority of laughter tends to come from the countless comedians performing all throughout downtown Austin, TX, I’m not sure if anything could compare to the riotous reaction from the crowd that brought down the Paramount Theater during the world premiere of Kay Cannon’s Blockers.

Each in a uniquely different situation, three lifelong best friends (Kathryn Newton, Geraldine Viswanathan and Gideon Adlon) decide to form a “sex pact” by agreeing to lose their virginity on Prom night. However, things get complicated when their overbearing parents (Leslie Mann, John Cena and Ike Barinholtz) discover the girls’ promiscuous intentions and embark on an outrageous adventure to put an end to the pact. Will these parents be able to stop their daughters in time, or will they realize the lunacy of their behavior? 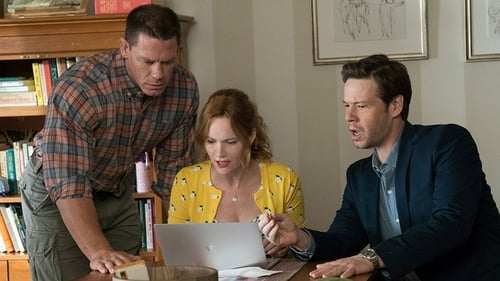 Back in 1999 we were given a similarly themed comedy from a completely different male perspective with the instant-classic American Pie. Director Kay Cannon and sibling writers Jim & Brian Kehoe make their intention clear from the onset of the film, poking fun at society's glaring double-standard when it comes to losing your virginity. They cater to this fact by embellishing the craziness of these parents who feel obligated to protect their daughters from this landmark event. It’s a strong stance and a valiant message that serves as the film’s most prominent component. There are two dueling storylines at work, that of the teenagers and their excitement to cross over into adulthood, and that of their parents who wish to suspend this inevitable transition. Blockers is at its best when the teens are in their element, playfully mocking the magnitude of losing their virginity with raunchy dialogue and carefree actions. Yet, the irritating counterpart of Leslie Mann, John Cena and Ike Barinholtz’s characters overshadow Blockers’ finer moments. This R-rated comedy fails to create cleverly designed humor and relies mainly on vulgarity, shock-value and even the overdone full-frontal male nudity (so be warned). And through it all Blockers fails to break any new ground with its well-intended and unique perspective, which culminates in a sadly missed opportunity for director Kay Cannon and everyone else involved.