Review | Can You Ever Forgive Me?
Search 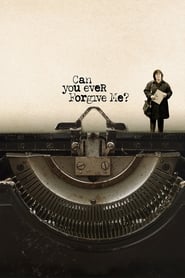 Can You Ever Forgive Me?
Movie Critic Dave's Ratings
Stars

As someone who has openly criticized Melissa McCarthy's tiresome cycle of uninspiring comedic performances in recent films like The Boss, Life of the Party and The Happytime Murders, let me be the one who convinces you of her onscreen dominance in Marielle Heller's adapted indie gem, Can You Ever Forgive Me?. McCarthy's turn is simply extraordinary. it's the type of performance that can alter a career's trajectory and undo past transgressions. But Can You Ever Forgive Me? Serves as more than just a showcase for McCarthy’s undeniable dramatic mastery, the film promises a rich and satisfying examination of the real life anti-hero Lee Israel.

Lee Israel (McCarthy) finds herself broke and living in squalor years after experiencing a wave of success as a best-selling biographer during the 1970s and 1980s. Soon after, Lee stumbles across an old personal letter sent by a famous deceased writer and attempts to sell the note for a small price, but she quickly learns that the letter’s value is directly correlated to the quality of its contents. This sends Lee on an uncontrollable forgery spree that lands both her and a loyal accomplice named Jack (Richard E. Grant) on the FBI’s radar. 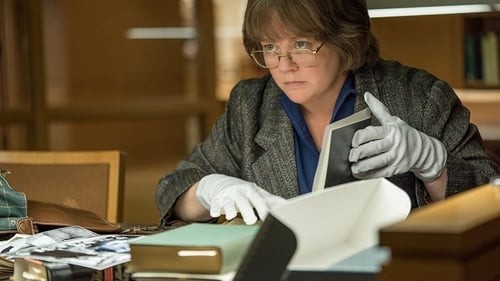 Perhaps the most impressive aspect surrounding Marielle Heller's anticipated follow-up to her critically adored Sundance selected debut, Diary of a Teenage Girl, are the living and breathing juxtapositions displayed by her central character, Lee Israel. McCarthy perfectly captures Israel's complexities as she navigates from a curmudgeonly bad-mouther to a sweetheart of a recluse in a matter of mere minutes. Israel becomes a self-loathing and discontent failure whose issues with writer's block force her to project a vile negativity on the world around her, despite a more endearing core that hides underneath the surface of her misery. And as the greatest complementary figure imaginable, Richard E. Clark shines exceptionally bright as Jack, a past acquaintance that reemerges in Lee’s life and transforms from drinking buddy to criminal accomplice. Their relationship is just as complicated as their personalities, while McCarthy often delivers a bashing of insults to her male sidekick, each of which somehow strengthens their bond. It’s a puzzling and beautiful connection that validates Can You Ever Forgive Me? as a character-driven film despite its wildly interesting criminal aspects. Marielle Heller’s latest work appears to have a clear path to the awards season circus that’s about to ensue. Expect both McCarthy and Clark to be recognized for their wonderful onscreen achievements. However, it would be a grave injustice if Can You Ever Forgive Me? missed out on a Best Picture nomination as the effort clearly stands out as one of the finest films of the year.