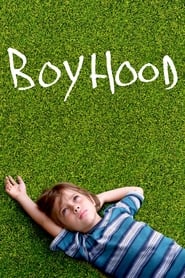 By now most people have heard the rumblings about Richard Linklater's spectacular new film, Boyhood. There's very little I can add to the warranted praises that have flooded radio airwaves and internet websites. Truth be told, Boyhood is a magnificent cinematic feat that required vision and collective patience from its director, cast and crew. And I'm sure almost everyone involved would agree on one simple fact, it was certainly worth the wait.

Boyhood follows its lead character, Mason (played by an evolving Ellar Coltrane), from the ages of 5 to 18 where life experiences uniquely shape his world views. Mason travels around with his mother and older sister from town to town as the matriarch struggles to provide the quintessential family environment for her children. Filmed masterfully in bits and pieces over the course of 12 lingering years, the movie gives a once-in-a-lifetime perspective into a boy's transition through adolescence.

It's difficult to put into words the culminating experience of witnessing a masterpiece such as Boyhood. An unbreakable bond is established immediately as we watch Ellar Coltrane grow before our very eyes. The ride is both a mirror of our own personal ventures into adulthood as well as a reminder that all of us must set an individual path. Be assured that Mason has his own story, filled with complexities and obstacles that continually mold him into the spirited young man we see just before the credits start to roll. Even after a long-winded and nearly three hour endeavor, it's painful to accept a finale. It almost feels as though any ending would be unjust because, like with our own lives, the story presses on.

Despite the brilliance and handling of Linklater's undeniable instant classic, there were a few small hiccups existing throughout. For starters, Boyhood isn't compromised of many lasting moments like other coming-of-age gems such as Stand By Me and The Sandlot. Instead, the feature serves as a premier example of an instance where the whole is greater than the sum of its parts, an overlooked facet that echoes the greatness of Linklater's achievement. But still, a couple more iconic scenes would have been preferred. Also, throughout a relatively well-paced 164 minute marathon to the finish line, Boyhood unravels with the occasional lull. However, a truly engaging and transformative journey eases the audience past all of the brief uninspiring moments.

Trust me, until you do, you've never seen anything like Richard Linklater's Boyhood. Perhaps more monumental in scope and execution than in substance and flavor, the result is still the same, an impressive feature that breeds innovation and personal connection. Boyhood is one of the year's finest films and something everyone deserves to witness.