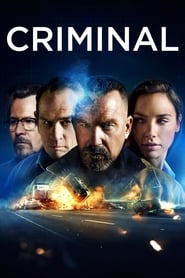 Another film opening which opened this weekend is the crime-action flick, Criminal, starring Kevin Costner, Gary Oldham and Ryan Reynolds. With The Iceman director, Ariel Vromen, at its forefront, I expected some violence and bloodshed and, apparently, so should you. Mixing in a bit of scientific ingenuity into its plot, Criminal is merely a mediocre and undersold film that boasts a more intriguing premise than what it ultimately delivers on screen.

After the murder of a CIA Operative (Reynolds) in Germany who possesses the knowledge of some valuable information, U.S. officials engage in a groundbreaking neurological surgery that will place the agent's memories into the mind of a compatible patient. Yet, since the requirements for a patient are so rare, the only choice becomes a dangerous and emotion-less criminal named Jericho (Costner) who happens to fit the bill. But after the surgery concludes, Jericho goes rogue and the mission becomes personal as the memories force him to finally develop a sense of right and wrong.

Kevin Costner stands front and center with a memorable lead performance in Ariel Vromen's Criminal. However, the entirety of the story feels overly animated in all regards and never feels grounded in reality. As a result, this clunky film pushes along solely as mindless action fluff that never exudes any legitimate depth to its characters. Furthermore, the movie's main villain lacks the necessary appeal of a quintessential "bad guy". Therefore, Criminal comes and goes as a run of the mill effort that, in many ways, squanders a very thought-provoking premise.