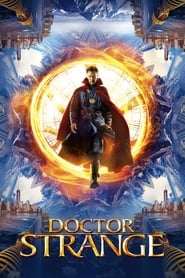 With Phase Three of Marvel's expansive universe in full motion, Scott Derrickson's Doctor Strange marks a pivotal moment within the series. Incorporating a whole new element that spans beyond the dimensions of the normal Marvel universe, there was a lot resting on this new release. And after hearing rave reviews about the film, I was eager to experience this ambitious superhero tale for myself.

Skilled neurosurgeon Stephen Strange (Benedict Cumberbatch) sets the bar for his field of medicine. Yet, after a tragic accident leaves him desperate to discover the secrets of regaining full health in his limbs, Stephen learns of a mystical realm accessible through the unique powers of the human mind. This newfound ability pits him in a battle against evildoers set on changing life as we know it.

It's impossible to deny many of the clever ideas floating all throughout the fabric of Doctor Strange. However, a mind-numbing overdose of CGI used to support multiple dimensions becomes a tired routine that inhibits the film's creativity rather than letting it blossom. Benedict Cumberbatch gives an adequate lead performance in a Tony Stark-like role, but the films's recurring attempts at humor fail to land as easily as they once did. Underwhelming jokes and another forgettable villain couple together to reaffirm Doctor Strange's status as a middling rehashing of the prototypical Marvel formula. This added element to the Marvel universe proves unnecessary and leaves plenty to be desired.