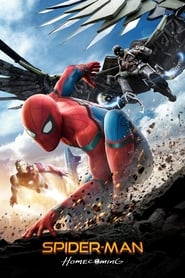 While many critics and outlets constantly insist that audiences are starving for the Spider-Man film that they deserve, it feels too much like revisionist history. Sam Raimi's Spider-Man starring Tobey McGuire in 2002 (89% rating on Rotten Tomatoes, 73 Meta-Critic score) and Marc Webb's The Amazing Spider-Man with Andrew Garfield in 2012 (72%, 66) both opened to strong critical approval. Yet, this rapid return to the Peter Parker character is a whole new ballgame with a completely different feel and trajectory. Marvel's Cinematic Universe (MCU) enters the heart of its third "Phase" with a mountain of steam, but can Spider-Man: Homecoming deliver?

Set a few months after the events of Captain America:Civil War, a 15 year-old Peter Parker (Tom Holland) is operating under the watchful eye of Tony Stark (Robert Downey Jr.) and his loyal assistant Happy Hogan (Jon Favreau). But as Peter tries harder and harder to impress Stark with his superhero alter ego Spider-Man, he uncovers an underground arms creator and dealer (Michael Keaton) whose powerful weaponry bridges alien technology with human machinery. Instructed by Stark to stop his pursuit of the arms dealer, Peter disobeys the orders and finds himself face to face with a nefarious foe. 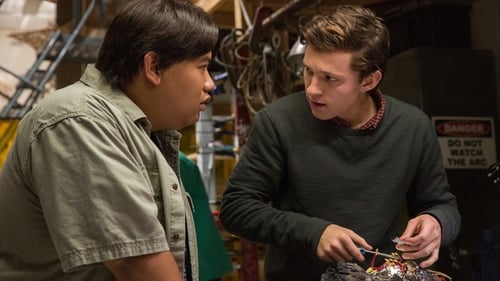 Homecoming fits seamlessly into the MCU with a familiar foundation of humor and action. Built on the shoulders of an ingratiating and clumsy teenage geek, played wonderfully by rising star Tom Holland, Marvel's latest release places the universe's macro storyline back on course. Insane visual effects form a web-like cohesion with witty one-line zingers to help keep the action-train churning. These over-extended sequences occur frequently and dwindle in effectiveness with each recurring appearance in the film, yet they're easily overshadowed by some clever maneuvering with the screenplay and Tom Holland's alluring performance. And as I usually criticize the MCU for its lack of attention to its film's central villains, Michael Keaton's Vulture is birthed from a truly intriguing concept. Although Homecoming fails to adequately venture down that creative path, instead delving too deep into Peter's buffoonish teenage quandaries, there's enough meat on the bones to entertain in exactly the way a summer blockbuster should.