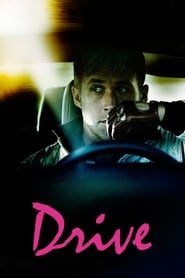 Director Nicolas Winding Refn was born in Denmark and after living out his teenage years in New York, he returned home to his European birthplace. At an advanced screening of Refn's latest picture Drive, the director graced the audience with his presence for a short Q & A session. It's easy to see the European roots play an integral part in his daily life, everything from his accent, to his physical presentation, all the way to his film making. Therefore his films offer a foreign sense of style, creativity, and authenticity that most audiences haven't seen before. And believe me, Drive is no different.

Ryan Gosling stars as an unnamed stunt driver in Hollywood who periodically moonlights as a getaway driver for some extra cash on the side. But when a heist goes terribly wrong, he learns that a contract has been put on him. Desperate to save his own life and the lives of Irene (played by Mulligan) and her son Benicio, the driver must seek revenge on the crime boss (played by Albert Brooks) trying to kill him.

Drive is an experience like no other. Refn creates such a retro, yet fresh viewing experience. The opening credits and soundtrack are all a throwback to the 80's, which is the decade known for branding revenge movies. However, Drive transcends the cliche, over-the-top revenge films of the past 30 years. It's suspense is genuine and its delivery is stylish. Refn has his own sense of flare that translates beautifully to the big screen. And the blaring 80's music used to segue from scene to scene adds a unique element to the film that intensifies the emotions brought out by the movie. It's no surprise that Refn won the Best Director award at this year's Cannes Film Festival in France for Drive.

In addition to the wonderful directing job by Refn, the movie would not have been as successful without the fine performances by all of its characters. Albert Brooks shows his range as an unforgiving mob boss. As the director pointed out in his Q & A, Drivemarks the first time Brooks has ever killed anyone on screen. This surprised me because Brooks seems so natural in the role. Furthermore, Ryan Gosling needs to be praised for his brilliant work once again. His character is almost like a superhero. A normal, vibrant man by day, and a dark, violent criminal by night. Gosling does a remarkable job showing you the two faces of this individual. Also, the attention that he commands in every scene throughout the second half of the movie is amazing. You don't want to blink, in fear that you may miss something unbelievable. Gosling gives another unforgettable performance, that may land him some recognition come awards season.

There are a few other things worth noting about Drive. The film is gripping, suspenseful, and very violent at times. It's a beautiful blend of art and cinema that will extract a wide spectrum of emotions from the viewing audience. If you think you can withstand some of these violent scenes, I highly recommend getting out to theatres and watching Drive.