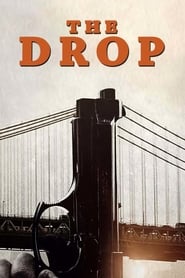 Surprisingly, it's been nearly 15 months since we lost the gifted actor James Gandolfini. And with his final onscreen performance in the upcoming crime-drama The Drop reaching theatres this weekend, for movie lovers everywhere, only now is the reality of our loss beginning to sink in. Adapted from the Dennis Lehane (author of Gone Baby Gone and Mystic River) short story titled Animal Rescue, Gandolfini's sadly short-lived career comes full circle in this mob-centered tale.

Tom Hardy stars as Bob Saginowski, a loner bartender at his cousin Marv's (James Gandolfini) former bar in Brooklyn. The dive-bar establishment is now owned by Chechen mobsters as a haven for funneling illegal funds. After Bob and Marv are robbed at gun point one evening just minutes after closing time, tensions start to rise as the Chechens demand repayment and local law enforcement gets involved.

I must admit that I had wavering expectations prior to viewing Michael Roskam's The Drop. On one hand, Dennis Lehane's storytelling has a long history of success, yet, Roskam's lack of experience made him feel like an unusual choice for director. Thankfully, The Drop's sequence of events unravels nicely and a brilliant cast, carried mostly by the work of James Gandolfini and a personal favorite of mine, Tom Hardy, helps solidify the directorial effort from a rather unknown filmmaker. As expected, Gandolfini delivers a very natural performance in his final role, one that has a chance of garnering a posthumous Oscar Nomination in the Supporting Actor category. Most impressive though is how The Drop distances itself from being a carbon copy of the mainstream gangster film mold that prides itself on drugs, violence and plenty of shoot-em-up scenes. Instead, the feature uses these essential mob-genre ingredients merely as a backdrop to an in-depth character study. And although the pacing feels sluggish at times, we're left with a slow-mounting intensity that builds beautifully.

Despite the film's unique character-driven noir-ish tone, The Drop tells a very peculiar tale, one that leads to many surprises and leaves the audience unsure of how to feel. For example, during a pivotal moment at last night's screening, a majority of viewers erupted into laughter during an admittedly odd scene. While I highly doubt that humor was anything close to the reaction director Michael Roskam was going for during that vital moment, a strange turn in the story left moviegoers baffled at how to respond. Furthermore, The Drop closes with an almost contradictory scene that I felt the movie could have done without. However, none of these criticisms are glaring enough to tear down an otherwise fine adaptation from the entire cast and crew.

I would hardly call Michael Roskam's The Drop a "must-see" film. However, fans of Gandolfini and Hardy are sure to find plenty of enjoyment in their latest crime-focused feature. Don't expect anything groundbreaking here, just a stellar collection of performances and clever storytelling.