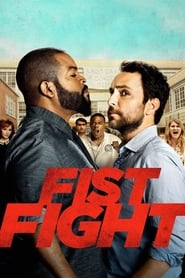 When It's Always Sunny in Philadelphia was renewed for another two seasons back in April of 2016, it marked a milestone by ensuring that the comedy series would become the longest running live-action sitcom in television history. And while Charlie Day has successfully transitioned from sitcom star to big-screen actor in films such as Pacific Rim and the Horrible Bosses franchise, he hadn't been handed the lead role in a major motion picture. Finally, Day serves as the main protagonist in Richie Keen's new comedy, Fist Fight.

When one teacher's volatile actions land him and fellow instructor, Andy Campbell (Charlie Day), in the principal's office on the last day of the school year, Andy must choose between ratting out his colleague or losing his job. And with baby number two set to arrive any day now, Andy responds to this tenuous situation by telling the truth. Consequently, Strickland (Ice Cube) is fired for his actions and it prompts him to challenge Andy to a fist fight in the school parking lot after the school day ends. 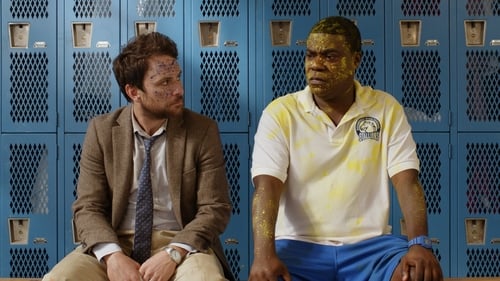 There are laughs-a-plenty scattered all throughout Fist Fight, because hilarity is inevitable at the hands of comedic figures such as Tracy Morgan, Workaholics' Jillian Bell and Silicon Valley's Kumail Nanjiani. But despite all of the film's riotous R-Rated humor, a flimsy screenplay and weakly constructed characters make for a soulless centerpiece. Leading man Charlie Day delivers many of the same mannerisms as his iconic character on the hit show, It's Always Sunny in Philadelphia. Consequently, it begs to question his range as a performer. He stays within his comfort zone and it makes for a rather uninteresting onscreen persona. Fist Fight offers a few sporadic moments of legitimate laugh-out-loud comedy, yet Keen's intentional jab at the education system is too glossed over to make a profound statement. The rest is mediocrity.