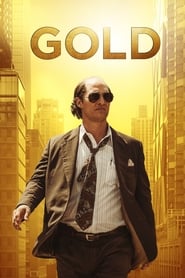 Matthew McConaughey's career turnaround has been well documented. He smoothly transitioned from a rom-com heartthrob into a bona fide Oscar-Winning dramatic actor following an unforgettable turn in 2013's Dallas Buyers Club. McConaughey is known for portraying exuberant and sometimes over-the-top characters, and he takes us on one of his wildest journeys yet in Stephen Gaghan's Gold.

Struggling prospector Kenny Wells (McConaughey) needs a big score to keep his business afloat. And after a late-night premonition sends him on a journey to the uncharted jungles of Indonesia, Wells and geologist Michael Acosta (Edgar Ramirez) strike it rich by discovering the largest gold mine in recent history. As news breaks of their lucrative score, all of Wall Street wants in on the business venture and Wells goes from a financial pariah to an uncontrollable big wig. 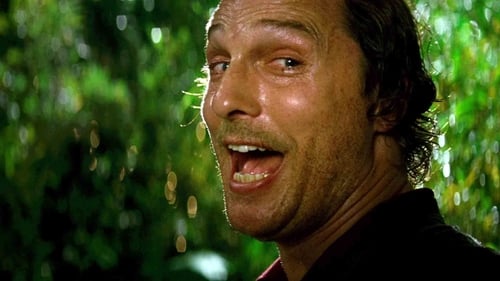 Gold serves as an interesting character study centering around themes of envy, greed and obsession. Matthew McConaughey continues his recent string of acting dominance and almost single handedly keeps the film from utter disaster. His commitment to the role is evident with a physical transformation that includes a pot belly and comb-over. Despite McConaughey's fine lead performance, as well as the strong supporting work of both Edgar Ramirez and Wells' love interest played by Bryce Dallas Howard, Gold's screenplay is as unhinged as its lead character. And although the film almost redeems itself with an unforeseen ending, Gold struggles too mightily to construct a worthwhile viewing experience.