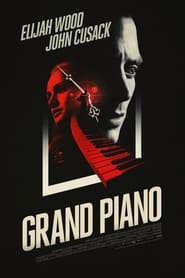 Although the new thriller that reaches DVD today, Grand Piano, is technically a Eugenio Mira film, screenwriter Damien Chazelle possesses the hot new name that's floating around Hollywood. Chazelle, who's best known for directing the 2014 Sundance Film Festival Grand Jury Prize Winner, Whiplash, seems to have an affinity for music, as this time around his feature follows a world-renowned concert pianist. Yet, unlike his award-recognized debut film about a jazz drummer obsessed with "achieving greatness", this time Chazelle hits all the wrong notes.

Elijah Wood stars as Tom Selznick, a famous pianist who's giving his first performance in five years after a brutally flawed concert frazzled his psyche. Once the show begins and Selznick takes to his former mentor's grand concert piano in front of a sold-out crowd, he comes across threatening messages written on his sheet music. Selznick soon discovers that he and his wife are the target of a sadistic sniper (John Cusack) with a grandiose scheme.

Filmmaker Eugenio Mira's Grand Piano is a second-rate thriller with laughable intensity and illegitimate suspense. Despite some critics who argue that Mira's work is a fun-filled self-knowing mockery of the thriller genre, I find absolutely no need for a film of that breed. Given that its tension is far from nerve-racking and its threats aren't the least bit convincing, Grand Piano serves as a premier example of inauthentic and disingenuous filmmaking. 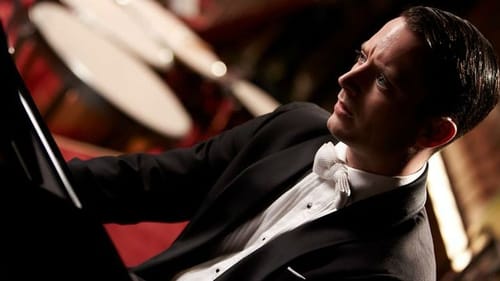 Although the feature is bogged down by many key deficiencies, Grand Piano has a few mitigating qualities. Sporting a brisk running time of 90 minutes, the film is easy to get through. Also, Grand Piano benefits from a memorable score inundated with fantastic classic compositions. Backed by a smooth pace and pleasing music, it's truly a shame that Mira couldn't construct a genuinely thrilling final product. Therefore, Grand Piano is an excessively underwhelming affair brimming with untapped potential.

Appreciating its clever and secretive motive behind the antagonist's devious plot, there really is an interesting story here. However, directorial issues with tone and style inhibit Grand Piano from capturing its audience. When seeing a thriller, don't we all wish for legitimate thrills that make us believe something's at risk? Unfortunately, Grand Pianonever makes you feel that way.