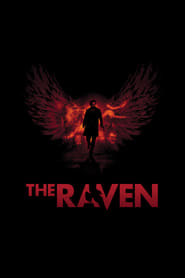 In 2006 director James McTeigue burst onto the scene with his mega hit V for Vendetta. Based on a graphic novel written by Alan Moore, the political overthrow film dazzled audiences and grossed north of 70 million dollars. McTeigue then defined the phrase "sophomore slump" with his 2009 follow up feature, Ninja Assassin. Facing a slight make or break moment in his career, the director tackles the tales of famed author Edgar Allan Poe with his third major motion picture release, The Raven.

The Raven examines the latter years of the life of infamous author Edgar Allan Poe (played by Cusack). Poe, a now forgotten and penniless writer living in Baltimore, finds himself in the most unsettling situation when a brutal killer emerges and uses his stories as a source of inspiration. While aiding police authorities in their investigation, Poe gets lured even further into this mess once his bride-to-be is kidnapped by the mysterious murderer. Racing against time, Poe and company must find this sadistic killer and save his one true love.

The Raven is a flawed, yet interesting, journey into the world of Edgar Allan Poe during the 1840s. Director James McTeigue does a stellar job of transforming a well written mystery story into a big screen motion picture. Successfully drawing the audience into the dark and twisted aura of Poe, McTeigue delivers on the macabre and gore. The film offers a fitting tone as a backdrop to the mayhem and gruesome violence that occasionally transpires on the screen. Furthermore, compliments are in order for the picture's scribes, Ben Livingston and Hannah Shakespeare, who conjure up a well thought out and perfectly calculated mystery. Without the solid story serving as a formidable backbone to the film, The Raven would have otherwise failed miserably.

On the other hand, there are problems galore with the feature. Mostly due to its uninspired cast, The Raven never feels authentic to its time period. John Cusack, although not unbearable, feels all too miscast for his role as Poe. Much like Cusack, Luke Evans offers no redeeming qualities as Poe's sidekick and police detective. With the massive amounts of screen time given to these two actors, The Raven needs far more convincing performances in order to succeed. In addition to its cast, I was also displeased by the film's final scene. Nothing is more troubling than a thoughtless resolution, and we certainly get one here. I understand the director's and writer's intent, however, I find the movie's final moment to be a bit forced and unnecessary.

When all is said and done James McTeigue's The Raven is a polarizing, run of the mill feature. But the film also contains a small core audience that it's sure to thrill. So if you're a fan of mysteries such as Sherlock Holmes, then you may find The Raven to be an enjoyable watch.