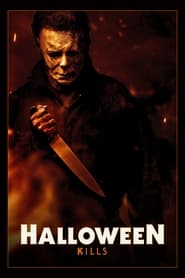 Before this whole Covid nonsense, David Gordon Green reintroduced the world to the knife-wielding, sister-killing slasher, Michael Myers, with his 2018 direct sequel to John Carpenter’s 1978 horror masterpiece, Halloween. Gordon Green admitted early on that he always envisioned a sequel trilogy when he took on the project, and he was given the green light after an enormous global box office of more than $250 million. With critics, audiences, and box office numbers all in agreement that Gordon Green’s effort was an overwhelming success, excitement grew for the next installment and interest has remained sky-high even through repeated delays due to Covid. But after waiting far longer than we all would have liked, Gordon Green’s highly anticipated sequel, Halloween Kills, has finally arrived. And for this devoted fan of the many different Michael Myers universes that have been created over the past 40+ years, Halloween Kills is a devastating and soul-crushing disappointment.

After successfully trapping Michael Myers and leaving him for dead inside of Laurie Strode’s (Jamie Lee Curtis) burning house, a collection of firefighters quickly learn that no good deed goes unpunished when their rescue efforts prove to be a death wish. Myers slaughters more than a dozen first responders and continues his deadly reign over Haddonfield, Illinois on Halloween night. Meanwhile, local townspeople traumatized by Myers’ first escape 40 years ago stir up an angry mob of hometown vigilantes that band together to hunt down the killer and put an end to evil once and for all. 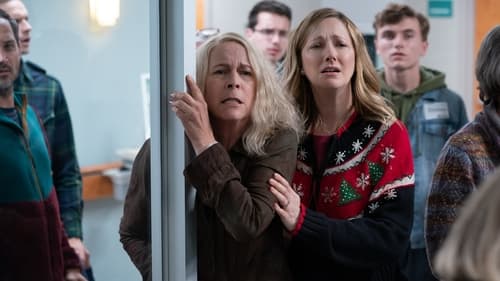 There aren’t enough words in the English language to fully capture the extent of my displeasure with Halloween Kills. In a lot of ways, the film diverges greatly from what you would expect. And without spoiling too much, who would have ever guessed that nearly a third of the film would take place on Halloween night in 1978, when Myers first escaped Smith’s Grove Sanitarium? All of this flashback is just the beginning of Halloween Kills’ swift downward spiral into disarray. Co-writer and director David Gordon Green makes a grossly ambitious attempt at infusing more story and plotlines into this follow-up film than should have ever been considered. The result is a messy, plot-hole-filled endeavor that successfully lives up to its name with an abundance of gore and violence, but fails miserably in every other respect. From the terrible decision to depict the fear and chaos lurking in Haddonfield in tandem with the “other” escaped patient that’s still on the loose, to the unfathomable actions of adults and parents taking teenagers to the doorstep of a violent murderer, there is a serious lack of thought and reason throughout the film. I understand that poor decisions and terrible gunfire-aim can be staples in horror films, but Gordon Green and company take these natural annoyances of the genre and crank them up to unacceptable levels. But despite an unflattering amount of melodrama (especially in the flashbacks) and terrible dialogue that’s littered throughout the script, Halloween Kills does manage to include some decent acting and well-shot direction. David Gordon Green is certainly a talented visionary, that fact can’t be denied, but this second installment in his sequel trilogy has squandered a brilliant beginning and leaves a feeling of hopelessness for its final chapter which arrives in theaters next October.