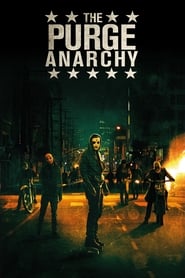 I typically get worked up for horror releases only to be let down by what transpires on screen. It's proven to be quite difficult capturing an effective scary movie nowadays. One of the most anticipated releases in recent memory was 2013's The Purge and, more so than usual, I was extremely disappointed in the final product. Yet, one feeling I remember having was that the premise was so intriguing, I would happily give future installments a fair shake at making the idea work.

New to theatres is the franchise's second go-around, The Purge: Anarchy. Undoubtedly a mighty improvement over its predecessor, the sequel takes the clever idea surrounding a futuristic American society where all crime is legal for one 12-hour period a year and sets it free. While the origin story is set entirely in a house during the annual purge, this latest effort takes moviegoers to the beastly streets where surviving the night seems very unlikely. 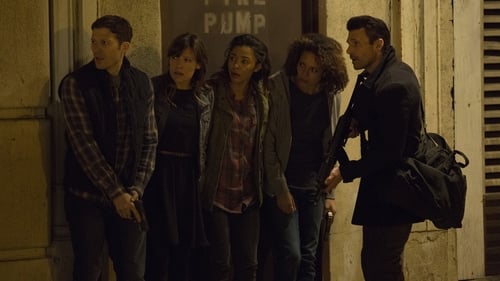 Interconnecting 3 stories of civilians on this stressful evening, most of whom want nothing to do with the holiday, it's Warrior's Frank Grillo who steals the show. The fast-rising actor adds a surprisingly effective action-hero element to this crazed horror tale. While Grillo's character takes to the mean streets to seek vengeance, he has a moment of sympathy for these helpless survivors and becomes their guardian angel with a machine gun. Although I still believe the franchise needs to wander away from the overly-referenced socio-economic subplots, as well as the whole guerrilla-style group who rivals the government, The Purge: Anarchy solidifies itself as a step in the right direction for the franchise. The well-conceived premise will always leave room for expansive creativity and it appears as though writer/director James DeMonaco finally recognizes that character-driven stories are the way to go.