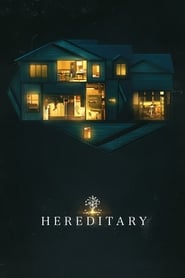 It happens nearly every year. A horror title bursts onto the scene during the early calendar months at either Sundance or SXSW, generating enormous buzz and swirling hope for the next great genre hit. Sometimes these films meet the enthusiastic hype head-on and rise to the occasion, while other times they crack and crumble under the heavy pressure of desired greatness. 2018 is no exception as Ari Aster's new terrifying descent into madness, Hereditary, proudly steals this “horror darling” label and meets its audiences with visceral unease and heart-pounding fright that proves the hype is real.

The movie opens with the passing of Ellen Graham, the matriarch of her family, whose loss casts a wide net over her surviving kin. And as her haunting death continues to escalate in intensity and bring turmoil and tragedy to her daughter’s (Toni Collette) family, they slowly begin to unlock dark and cryptic ancestral secrets that extend far beyond their control. And the more they discover, the further they are dragged into this hellish reality. 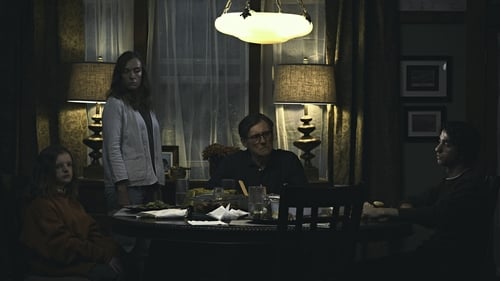 Hereditary’s strengths are vast and plentiful as the effort burns with cinematic artistry, burrows deep into the human psyche, and delivers well-timed and escalating scares. You know that a horror film has succeeded when something as trivial as a childish sound can become a fearful symbol of impending doom that haunts at every turn. It’s carefully calculated and beautifully orchestrated writing and direction from first-time filmmaker, Ari Aster, whose terrorizing vision slowly peels in lock-step, but never feels long in the tooth or boring. This happens, despite a lengthy running time of over 2 hours, because the suspense and tension are absolutely relentless, giving the audience time to breathe but never allowing them to feel settled. Aster’s attention to detail clearly plays a vital role in the film’s mastery of the genre, also evident by the director’s clear knowledge and understanding of the horror classics that preceded him, but enough can’t be said about Toni Collette’s earth-shattering performance. Her character’s psychological plunge is subtle and brilliant, as it becomes difficult to pinpoint the exact moment she “loses it” because the transformation is so gradual and fluid. Also the work of supporting actor and rising star Alex Wolff deserves recognition as well, seeing that his character is the bloodline of the film in many ways. Hereditary does squander its finale a bit, rushing around to make sense of all the haunting insanity it worked so well to create, but the mildly bitter taste isn’t enough to discredit the sheer creepiness and disturbing aura that surrounds this winning horror effort.