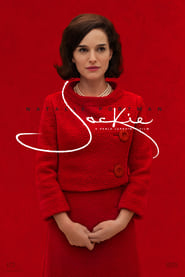 One of the Centerpiece selections as this year's Philadelphia Film Festival was Pablo Larrain's historical drama, Jackie. Much has been made of Natalie Portman's portrayal of former First Lady, Jacqueline Kennedy, and all of it is warranted. There's an Oscar Nomination in her near future and perhaps even a win. Therefore, Portman alone provides enough reason to witness this upcoming December release.

Upon allowing a face to face interview with a journalist (Billy Crudup), Jacqueline Kennedy (Portman) recounts the horrific events of her husband and former President, John F. Kennedy, as he was assassinated in Dallax, Texas in 1963. She paints a chilling portrait of that fateful day and the moments leading up to his historic funeral in Washington, D.C..

To Larrain's benefit, Jackie feels every bit like a journey back in time. Capturing a nostalgic tone with grainy shots reminiscent of classic reel to reel film, the film transports the audience back to 1963 where you're forced to endure catastrophic heartache that's so beautifully delivered by Natalie Portman. But even beyond the scope of the bloody and untempered account of the assassination, Jackie digs deeper with a broader story of legacy and remembrance. Larrain offers a bitter examination that illustrates the First Lady's fragile psyche as her world was taken from her in a single instance. Greta Gerwig gives a noteworthy supporting turn as Jackie's White House confidant, but I wasn't as fond of Peter Sarsgaard's accent-less portrayal of Robert Kennedy, which has been touted as Oscar-worthy by many. Jackie's heavy content transforms a 95 minute running time into a marathon, but there's depth and commitment worth appreciating by all involved.