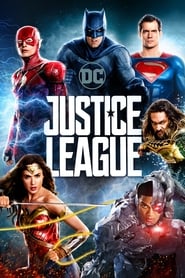 Earlier this year the DC Extended Universe (DCEU) was on life support until Patty Jenkins revived hope with her blockbuster hit Wonder Woman. The release date was chosen specifically to build momentum for DCEU's most pivotal installment to date, Justice League, which combines and introduces an elite army of superheroes synonymous to Marvel's The Avengers. And with DCEU figurehead Zack Snyder's unfortunate late-stage departure from the film and, coincidentally, The Avengers writer Joss Whedon's claiming of the throne, no one knew what to expect from this wildly anticipated release.

Following the death of Superman (Henry Cavill), Bruce Wayne (Ben Affleck) and Diana Prince (Gal Gadot) learn of an other-worldly threat with devious plans of destroying Earth. Together they recruit the help of metahumans The Flash (Ezra Miller), Aquaman (Jason Momoa) and Cyborg (Ray Fisher) in order to combat the villain Steppenwolf (voice of Ciaran Hinds). But are they strong enough to resist the forceful army of Steppenwolf? If only Superman was still around to help.

Transitioning the formula to fit the comedic tone of the DCEU's previous effort Wonder Woman, Justice League continues with a dark-aura that's lightened by timely humor. This is reasonable to expect with long-time Marvel scribe Joss Whedon crafting the screenplay. And although the final effect is nowhere near the level of Wonder Woman, mainly due a surprisingly low amount of energy and a complete level of predictability, Justice League still manages to satisfy a bit more than previous DCEU films like Man of Steel, Dawn of Justice and Suicide Squad. Gal Gadot continues to impress and Ezra Miller also delivers a standout performance, yet Affleck and new faces Jason Momoa and Ray Fisher aren't nearly as successful. Furthermore, the film pridefully relies on a bombardment of mind-numbing visual effects that are in no way an acceptable substitute for a meaningful story or valuable character development. Justice League serves as another flat and superficial endeavor from the DCEU that won't hold up over time.