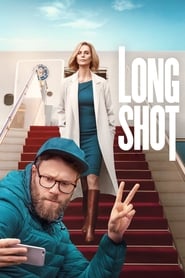 The romantic comedy, a genre born to rectify the stress and combativeness of date night decision-making. But in all of its easy-viewing fluff, occasionally one breaks through the mold to deliver something more. Whether it’s a truly romantic tale with affable characters with performers donning an uncanny onscreen chemistry, or perhaps just an elevated level of humor that’s relentless in its pursuit of laughter, the rare rom-com gem is a transcendent work that typically appeals to everyone. And we’re given all of that and so much more in Jonathan Levine’s (50/50 and Warm Bodies) emotionally pleasing and riotously funny new film, Long Shot.

Fred Flarsky (Seth Rogen) is a political journalist with conviction. His edgy writing style and brash wit make him a low-key internet mainstay until the company he works for is purchased by a ruthless media conglomerate. Forced to resign out of honor and dignity to his craft, Flarsky looks to drown his newly unemployed sorrows with his lifelong best friend (O’Shea Jackson Jr.). But as the rowdy pair of friends find their way into an upscale fundraising party, they cross paths with Flarsky’s former babysitter and first-crush, Charlotte Field (Charlize Theron), who also happens to be the current Secretary of State and a rising political star.  Flarsky and Charlotte reconnect over some laughs and it isn’t long before she decides to bring him on board her staff as a speechwriter.  The two slowly start to develop feelings for one another but, as she gears up for a run at the presidency, it’s clear that Flarsky isn’t the optimal relationship choice for boosting her poll numbers. 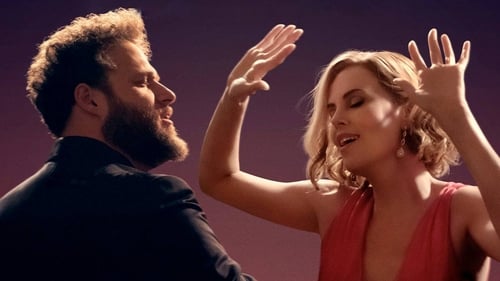 Long Shot infuses robust comedic energy into a Cinderella-esque story with a role-reversal twist. And while Seth Rogen is hardly a belle of the ball, he makes for a root-able underdog in this savagely funny R-rated rom-com. His onscreen counterpart, Charlize Theron, trades her Atomic Blonde kicks and kill-scenes for a more reserved role. It’s a smooth and easy transition for such a rangy and adaptable talent that she is. On the other hand, we’re gifted the prototypical Seth Rogen role, a routine he hardly shies away from but consistently delivers to perfection. And if you haven’t been worn out by his comedy schtick already – something that I’m not sure I’ll ever get bored by – Long Shot is chock full of quintessential Rogen-style humor that hardly gives you time to settle from joke to joke. A lengthy and diverse list of co-stars keep the hilarity flowing as O’Shea Jackson Jr. (Straight Outta Compton) absolutely steals the show whenever he enters the frame. As far as the romantic aspect of the film, Long Shot offers a relatable tale of forbidden love that’s neatly wrapped in a somewhat contrived, but certainly acceptable, political backdrop. Thankfully, the film doesn’t dive too deep into our volatile political extremes without attaching comical hysteria to it, which surely helps the movie stray from alienating certain types of audiences. Long Shot’s characters are warm, affectionate, earnest and downright vulgar, allowing for a healthy dose of edgy humor that’s counterbalanced brilliantly by a satisfying relationship story. I’m glad to say that Jonathan Levine returns to form with one of the finest rom-coms in recent memory.