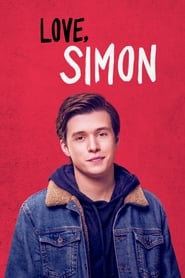 The teen rom-com genre receives a slight makeover with Greg Berlanti's tale of a closeted high school student named Simon who struggles to come out about his sexuality to his friends, family and local community. Love, Simon takes this once taboo topic to the forefront of mainstream cinema, which is a true testament to the progress our culture has made regarding personal views and opinions on homosexuality. However, as the film also refuses to ignore, we still have so much further we can go as a society.

On the surface Simon Spier (Nick Robinson) is your average 17 year old. He has a close-knit group of friends whom he drives to school every morning and hangs out with every weekend, and he's even involved in the school musical. But unlike most kids his age, Simon is gay and he's been keeping it a secret from everyone for years. Yet, when a fellow student posts an anonymous message on a social media platform expressing his frustration with hiding his sexuality from the world, the post resonates with Simon and prompts him to begin a pen-pal relationship with his unknown classmate that ultimately could jeopardize both of their secrets. 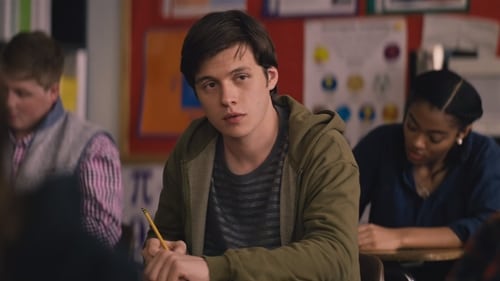 While there's nothing particularly exceptional regarding Love, Simon, the film does manage to capture the emotions of its title character rather well throughout a fully entertaining ride. Nick Robinson isn't necessarily a fresh new face, as we've seen his talents shine in films such as Jurassic World and The Kings of Summer, but Love, Simon marks the actor's first opportunity to take center stage in a major motion picture. Robinson seizes the moment as his valiant turn forces empathy from the audience while Simon navigates life around his deepest and darkest secret. And as his heart aches so will yours, a true testament to strong character development at the hands of both Robinson and screenwriters Elizabeth Berger and Isaac Aptaker. Yet, outside of a stellar leading interest that keeps you invested in the film, Love, Simon is riddled by over-the-top sentiment and stereotypical teen comedy trademarks that unleash an aura of predictability. Veep's Tony Hale and Insecure's Natasha Rothwell provide refreshing comic relief as Simon ventures through a mysterious journey to unlock the identity of his fellow homosexual pen-pal, but the depth of their romance isn't felt as drastically by the viewer as it is his character, leaving plenty to be desired. And in the face of reality, where many who "come out" aren't surrounded by loving family members and accepting friends, Love, Simon possesses a bit of a fairytale feeling in that regard. However, Simon demands that he (metaphorically as a symbol for the entire gay community) deserves a real "love story", and he's absolutely right.