Review | The Lady in the Van
Search 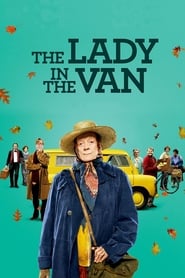 The Lady in the Van
Movie Critic Dave's Ratings
Stars

By now we're all familiar with the indisputable acting talents of two-time Academy Award winner, Maggie Smith. And in the twilight of her performing career she tackles a kooky true story in Alan Bennett's stage-play turned feature film, The Lady in the Van. Yet, despite her widely acclaimed performance that landed her both a Golden Globe and BAFTA nomination, Bennett's adapted story lacks the necessary depth to pull of the transition.

Miss Sheppard (Smith) has built a sketchy reputation as a homeless woman living out of her van. Traveling around from town to town and making residence on any street corner that will allow her, Miss Sheppard lasts just long enough to always outstay her welcome. That is, until writer Alan Bennett befriends the puzzling old woman and eventually offers up his personal driveway to her where the unlikely duo form an unusual bond over the course of 15 years.

The Lady in the Van offers a healthy dose of the ceremonial British wit, thanks in large part to Maggie Smith's knack for humor. However, the film fails to dig beneath the surface of her character as the story migrates back and forth between Miss Sheppard's bizarre life story and Bennett's personal struggles with his sexual orientation and lack of connection with his own mother. In a very self aware style that becomes immediately obvious, The Lady in the Van merely glosses over its most fascinating and primary character in order to paint a clearer, and admittedly less interesting, picture of the story's author. Consequently, the product as a whole suffers and leaves the film as nothing more than a pedestrian cinematic effort.