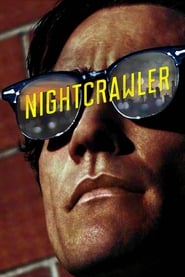 Much has been made about Dan Gilroy's intriguing new crime-thriller and as one of the finer films from 2014, Nightcrawler offers a dark and clever examination into the mind of a sociopath. With twisted undertones guaranteed to entertain horror and thriller enthusiasts, along with a tasteful lack of graphic content to help appeal to the masses, Gilroy's directorial debut is an unquestionable success.

Jake Gyllenhaal stars as Lous Bloom, an abnormally goal-oriented individual desperate for work. But when Lou encounters a live car accident on a major highway, he pulls over and discovers the wild world of crime journalism. Completely consumed by the profession, Lou masters the craft of filming car wrecks, fires and crime scenes to the extreme where he finds himself involved in his stories.

Nightcrawler beautifully balances a taut and fascinating screenplay with one of the year's most notable ensembles. Gyllenhaal is mightily impressive in his creepy and skin-crawling leading role, but supporting turns from both Rene Russo and Riz Ahmed help round-out the feature's unquestionable success. While I admittedly expected far more menacing violence throughout Nightcrawler, I was certainly pleased with how Gilroy pieced everything together in a subtle and effective thrill ride.