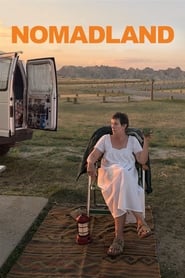 The calendar has been turned on the dreadful year of 2020 and left in its wake is a fractured film and movie theater industry whose unknown future seems as bleak and somber as Chloé Zhao’s Oscar frontrunner, Nomadland. These are hard times, and hard times come with a financially crippling web that reaches far beyond the beautiful landscapes of the continental United States. Sadly, the timing couldn’t be more perfect for Nomadland, an honest portrait of a widowed-drifter named Fern (Frances McDormand) who’s forced to abandon her rural home in Nevada and hit the road in 2011 after being a casualty of the Great Recession.

Fern’s story, so similar to the story of countless downtrodden Americans today, follows a willing and desiring worker with little opportunity to seize. And where does this lack of prospects lead her? Fern packs up her van and follows a fellow seasonal Amazon employee to Bob Wells’ community of cheap RV living, comprised of other drifters and travelers who look out for one another through a communal approach to everyday life. It’s here she crosses paths with Dave (David Strathairn), an older gentleman who grows extremely fond of Fern. Their relationship takes them down a very complicated road that vividly captures the true soul of our protagonist. 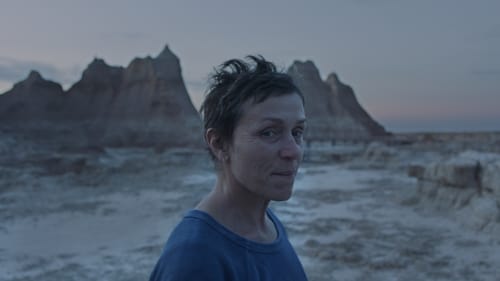 Nomadland’s greatest strengths are reflected in the film’s dedication to realism and authenticity. This character study perfectly captures the wandering lifestyle, one that’s often desolate and lonely. Friendships and interactions continuously come and go, but the need for human connection is innate. Fern develops many strong relationships all along her journey, but the one constant for any true nomad is that they always end with a goodbye. Nomadland’s soft-spoken and quiet delivery acts as a beautiful canvas for filmmaker Chloé Zhao’s poetic examination of human emotion. There is a sharp existential presence throughout the movie, as isolation and a oneness with nature inevitably spark a deeper desire to comprehend the meaning of life. Zhao’s adapted screenplay boasts insightful dialogue and a captivatingly complex lead character, which Frances McDormand absolutely nails. Nomadland was filmed across seven states over the span of four months where McDormand’s unquestionable commitment had her living and breathing the role. Her co-stars are almost all drifters themselves, using their real names in the movie and bringing McDormand and the filming crew directly into their world. We watch as McDormand seamlessly infiltrates her way into this lifestyle, partaking in the daily responsibilities of her community and forging numerous personal connections. Every new step on her adventure becomes a welcome showcase for McDormand to put her Oscar-winning talents on display, talents that could very well land her in rare company with a third Academy Award. And while Nomadland will gladly trade more appealing mainstream qualities like a thrilling and suspenseful plot for its earnest and genuine reflection of a forgotten population, we all, as viewers, should be thankful that it does.