Review | Once Upon a Time in Hollywood
Search 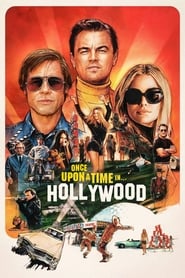 Once Upon a Time in Hollywood
Movie Critic Dave's Ratings
Stars

Quentin Tarantino is an iconic filmmaker who needs no introduction. His latest and ninth feature film, Once Upon a Time … in Hollywood, made a splash with its premiere at this year’s Cannes festival, the first time Tarantino debuted a movie there since 2009’s Inglourious Basterds a decade ago, and gave audiences a small taste of what this year’s Oscar season could look like. The two Tarantino films, Basterds and Hollywood, also share a common theme. Both use real life stories as backdrops to an alternate sensationalized reality that grows like a parasite from the depths of the writer and director’s perversely brilliant mind. This makes for a truly fascinating ride that, while certainly not an example of Tarantino at his best, proves Tarantino not at his best is still pretty darn good.

Oscar winner Leonardo DiCaprio (it feels awfully nice saying that) stars as fading actor Rick Dalton, a neurotic and immature performer who’s struggling to accept the downturn in his career and who’s completely reliant on his salaried friend and former stunt-double, Cliff Booth (Brad Pitt). While Dalton enjoys living his Hollywood lifestyle, a pretty young actress named Sharon Tate (Margot Robbie) and her famous husband, director Roman Polanski, move in right next door to Dalton. And little do they know that Cliff’s flirtatious encounters with a pretty young follower of cult leader Charles Manson could end up causing a bloody mess. 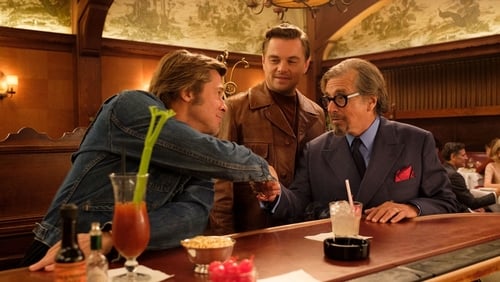 Some others that I have spoken to disagree with me on this, but Once Upon a Time … in Hollywood felt nothing like a Tarantino film until its unhinged final climax, a clear staple spread throughout the director’s accomplished catalog. Despite unraveling in a more traditionally delivered and less stylish demeanor, the film certainly provides handfuls of unforgettable moments, many of which come from the phenomenal onscreen work of DiCaprio. Leo’s brutally committed turn in this effort stands miles above any other performance I’ve witnessed all year and could possibly send him hunting a second Oscar. Pitt is no slouch either, ushering in a “cool guy” persona that flows from the actor with such a natural fluidity. But despite the film’s many strong performances and countless iconic moments, there’s obviously a hitch in its step early on and it’s one that lingers for some time. This isn’t what you hope for from a 160-minute marathon of a movie, yet the conclusion makes it all worth the ride. Once Tarantino gets all of his storylines and characters rolling, Once Upon a Time … in Hollywood flows masterfully, pulsates with a meteoric energy, and culminates in a bold, bloody finale that doesn’t disappoint. Tarantino’s latest could tread water throughout the fall Oscar season or fade away as just another fun summer flick, I wouldn’t be surprised either way. Once again, the film is far from Tarantino’s best, but Once Upon a Time … in Hollywood represents another must-watch entry in the director’s mighty impressive filmography.