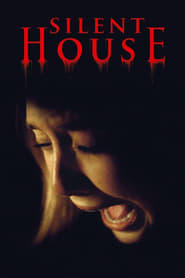 Hollywood has always been a backdrop throughout Elizabeth Olsen's life. Being the younger sibling of twin sisters Mary-Kate and Ashley Olsen, she finally introduced herself to the world as the lead in 2011's indie phenomenon Martha Marcy May Marlene. Her debut was without question a booming success. Receiving rave reviews from critics alike, the entertainment world couldn't wait to see what was next. Elizabeth Olsen's triumphant return comes in the form of Silent House, a horror remake of a 2010 Uruguayan film by the same name.

Silent House revolves around Sarah (played by Olsen), a young girl helping her father to pack up their lake house in order to sell the property. While working to clean up the home, Sarah becomes alarmed by mysterious noises in the residence. And when she discovers that her father's been brutally attacked by someone, Sarah tries desperately to escape from whoever is terrorizing the family.

For starters, Silent House is a below average attempt at contemporary horror. The film's pair of directors, Chris Kentis and Laura Lau, succumb to the unoriginal brand of outsmarting themselves. Whatever happened to classic horror movies that thrived on keeping their ideas simple? As it turns out, Silent House wastes little time getting to the tension. However, once the film is in cruise control, nothing really ends up happening. Striving to have it's second act mimic the suspenseful tone of successful horror movies such as The Strangers and Vacancy, Silent House almost immediately sets itself up for failure. Outside of its only intense aspect, the nerve-racking silence, the film loses the audience with its lack of creativity and poorly constructed scares. Then, to make matters even worse, the picture finally decides to create a sense of purpose to the story. The laughable attempt proves to be both boring and unconvincing. When all is said and done, Silent House is a hole-filled story that possesses no redeeming qualities.

Director and scribe Laura Lau butchers another twenty-first century horror tale. At the helm of this debacle is her inability to develop a coherent plot and meaningful characters. Silent House's lead actress Elizabeth Olsen works diligently to be the film's saving grace, yet even her greatest effort can't salvage the picture. In addition to the poor script, every cast member not named Elizabeth Olsen delivers a sub-parperformance. It becomes difficult to pinpoint whether the colorless onscreen portrayals come at the hands of the writing or the cast members, but either way they're unforgivable.

Silent House clearly overreaches as the film indescribably outwits itself. Even the feature's mere 85 minute runtime plays like a marathon. From the distracting camera work to the bewildering final scenes, there are problems galore. With much to be upset with and little to find resolution in, Silent House is a forgettable horror film that should be avoided at all cost.