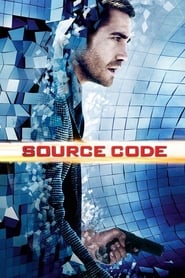 It's indisputable, Duncan Jones is officially an up and coming director. But even after his widely acclaimed, low budget debut Moon, we never should have questioned his ability. Mostly because mastering the arts runs in his family. Jones is the son of the legendary musical artist David Bowie (a fun little fact if you didn't know it). And after his much anticipated major motion picture release, Source Code, daddy's boy is certainly going to be making a name for himself.

Source Code follows a United States soldier, Colter Stevens (Gyllenhaal), as he is on a special mission to locate the bomber of a commuter train outside of Chicago. Stevens' mission is being carried out through an innovative method known as Source Code. The Source Code allows a soldier to infiltrate the physical being of a passenger on the train and relive the last 8 minutes of their life. In doing so, over and over again, Colter is expected to piece together the puzzle and ultimately discover the bomber's identity to help prevent another planned attack on the city.

Director Duncan Jones won me over with his first theatrical release, Moon. Yet with Source Code, the director outshines his debut by weaving together a thrilling story and a larger budget. Action packed and none stop entertaining, Source Code challenges the audience and captivates them all at the same time. Mixing science fiction with topics of morality, Jones once again creates an all together thought provoking experience.

Certainly not perfect, Source Code, has a few tiny flaws. It loses its fast pace slightly towards the end of the film, but it leads to a clever and well constructed resolve. And unfortunately, you may leave the theatre with a couple questions (wanting you to re-watch the ending immediately to make sure you pieced it together correctly). Furthermore, the film's incorporated love story seems unconvincing at times. Not to say that Michelle Monaghan and Gyllenhaal weren't good, because both gave solid performances, but more so unconvincing in the realm of their character development.

When all is said and done, Source Code will definitely entertain you and keep your interest. With a mere 93 minute runtime, the film rarely breaks from its up-tempo feel. It's an easy watch and intriguing enough to make you think about it long after the credits role. It seems as though Duncan Jones has a long, successful career ahead of himself. I suggest being the first on his bandwagon and getting to the theatre this weekend to check out Source Code. You'll enjoy the ride.