Review | The Girl with the Dragon Tattoo
Search 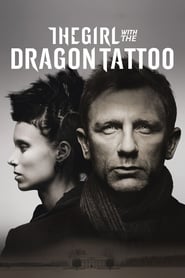 Director David Fincher alienated tons of people when he announced his plans to remake the 2009 Swedish hit The Girl with the Dragon Tattoo which was based on the Millennium trilogy authored by Stieg Larsson. Nowadays, the Hollywood remake has become taboo and fodder for criticism, almost to the point where they can't be taken seriously. Enter David Fincher's 2011 attempt to recreate an instant classic. Many complained that the acclaimed director would "Americanize" the film and, therefore, destroy the story. Objectively speaking, Fincher stays relatively true to the book (minus a few small changes that must be made to such a long novel) and delivers a captivating movie experience.

The Girl with the Dragon Tattoo follows the journalist Mikael Blomkvist (played by Craig). After being sued for libel, Blomkvist is summoned by a wealthy Swedish Patriarch to investigate a 40 year old missing person's case. With the aid of Lisbeth Salander (played by Rooney), an emotionally traumatized computer hacker, Blomkvist enters into a dark and sinister world he never imagined possible.

Highly engaging and entertaining to the core, David Fincher's The Girl with the Dragon Tattoo is an absolute thrill ride. Straddling the boundaries of the R rating, the movie is a gut wrenching and brutally honest depiction of Stieg Larsson's praised work. Topped off with a graphic rape scene that's hard to stomach, Fincher refuses to sugar coat anything. Even through all of these unfathomable scenes, The Girl with the Dragon Tattoo still manages to work. Fincher creates a viewing experience that makes it more difficult to look away from the screen than it is to just accept what transpires.

In addition to the film's uptempo pace and excellent storytelling, actress Rooney Mara dominates every second of screen time she's given. Prior to viewing the movie, you could chalk me up on the list of skeptics. Mara has never effectively "wowed" me with any of her earlier work, and I felt that Fincher was taking a big risk. Yet the director and young actress have proved me wrong. Mara molds together a character with remarkable depth and her performance is spot on. If the Academy chooses to go that route, she is well deserving of a Best Actress nod. Her co-star Daniel Craig is as good as we've come to expect from him, and the pair do a fabulous job of keeping the film enticing. Despite my previous concerns, Fincher does an excellent job with casting and it helps propel The Girl with the Dragon Tattoo to the next level.

Although the movie is unquestionably stellar, one major downfall resides in its extra long third act. The conclusion of the mystery by no means translates to the conclusion of the film. Fincher beefs up his runtime and pushes it past the two and a half hour mark by further developing Mara's character and tying together all loose ends. In doing so, the director successfully wraps up the film, but he also manages to test his audience's patience. And if Fincher chooses to continue on with the trilogy, the extended ending will serve as a smooth transition to the next installment

The Girl with the Dragon Tattoo is far from a typical Christmas release. The dark tale is a heart pounding ride that is brilliantly scored by last year's Academy Award winner Trent Reznor. Even with all of its shocking scenes, the film is still an easy watch. The Girl with the Dragon Tattoo captivates from start to finish and its lengthy runtime flies by effortlessly. Fincher convinces us all that a winning remake is possible and, therefore, I highly recommend the film to anyone who can stomach it.